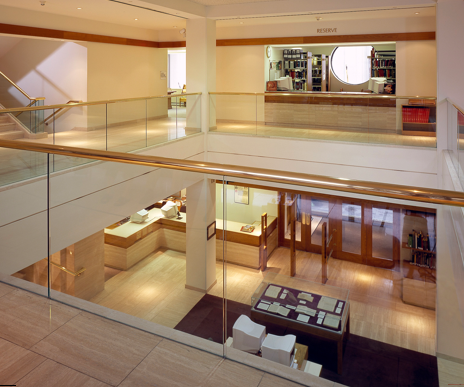 All posts from Jennifer Johnson and Clinton Nieweg
0

Errata and the Orchestra Librarian

We’ve all experienced rehearsals that stop while a player and the conductor consult about which note is correct: the one in the part or the one in the score. For a professional orchestra, time is money, and that one wrong note can cost valuable rehearsal minutes. As librarians, one of our most important tasks can be to find and correct these errors in advance.

Every piece of printed music contains errors, from misprinted dynamics to incorrect pitches. The reasons for these errors are many.Some originated when the copyist created parts from the composer’s manuscript. Others are due to the now rare process of creating printing plates, in which the engraver worked in reverse and had to engrave the musical symbols in mirror image. When reprint houses came into business, they simply reproduced the plates exactly the way they were, thus perpetuating the mistakes.

As long as reprint houses have existed, so have the misguided rumors that they deliberately add mistakes to their editions in order to renew the copyright and eke out more profit. This explanation for mistakes is not only inaccurate, but also counter-intuitive and nonsensical. The unedited titles of Kalmus, Luck’s, Broude, and Dover are exclusively in the public domain; consequently, it is sensible business practice to sell the best material possible. Also, these houses cannot and do not claim copyright ownership of the rights to their unedited reprints.

We have now stopped blaming the reprint houses and understand that the errors exist because the original publishers (especially the French and Russian ones) produced engravings full of mistakes. Kalmus, for example, simply reprints these engravings with everything notated as is – articulation, ornamentation, mistakes and all. While they do create the reprints from the cleanest masters they can acquire, the fact remains that the product will be only as error-free as the plate from which it was created. Thus, we may assume that unless an editor’s name is listed, no changes have been made to the music.

No matter what the reasons for inaccuracies, it can become the librarian’s job to detect them and make the corrections.We do this by checking, note by note, the score against the parts. When there are discrepancies, the proofer must decide whether the errors are in the score, the parts, or, in more headache-inducing circumstances, both. Modern technology makes this comparison process less reliable, however, as many composers use programs such as Finale or Sibelius, which let them directly extract the parts from the score. A more experienced proofer will be able to read through a part, seeing and singing it in his head, and pick up on any oddities in patterns, or notes that do not seem to fit with the rest of the music.

Some mistakes are easily fixed. For example, the problem of extra or missing beats in a measure often has an obvious solution. For more perplexing questions of articulations, dynamics, and notes, it helps to consult other sources, such as the original mss (or its facsimile), piano editions, and other publications of the same work when creating a corrected edition.1 There is not always an answer. In some cases, it is best to simply make a note of the discrepancy and ask the conductor what s/he chooses to do.

Luckily for us, many works have been proofed already by other musicologists and librarian scholars, who have made their errata lists available. Because of this, it is best to check before embarking on a proofing project to see whether somebody else has already created a list.

Errata list sources include MOLA2 (the errata catalog currently lists about 900 titles – ask a MOLA member to access it for you), Yahoo! Group OLI (Orchestra Librarians Information),3 Norman Del Mar’s Orchestral Variations4 and the lists in the Journal of the Conductors Guild.5

Correcting errata in orchestral parts can turn into a lengthy process, and librarians’ work schedules may not allow for it. When time is a concern, it may make more sense for the librarian to correct only the rehearsal-stopping mistakes (such as wrong notes and important dynamics) or to print the lists and distribute them to the players, who in turn can fix their own parts. However it is managed, a proofed score and set of parts will save time in rehearsal and ultimately result in a better performance.

“The language of music is so complicated that there are no perfect editions. However, we strive for as much accuracy as possible in order to make rehearsals more efficient.”

1. Please note that the terms Corrected Edition and Critical Edition are not interchangeable:

The Kalmus publications that list an editor’s name are created in the interest of improvement. The process, however, is time-consuming. Production for just one piece can take several years, from the original proofing to re-engraving the Corrected or Critical Edition.

3. OLI (Orchestra Library Information) A members-only, moderated Yahoo! Group listserve for the librarians of smaller budget orchestras. It serves as a training forum for new performance librarians to gain knowledge from veterans in the profession. http://launch.groups.yahoo.com/group/OrchLibInfo/

4. Del Mar, Norman, Orchestral Variations (London: Eulenburg Books, 1981). (Out of print but can be found at used book dealers)