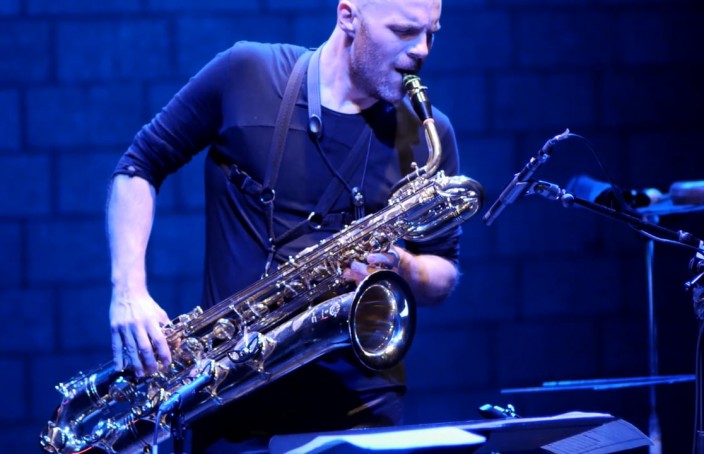 By nature, a composer’s work exists outside the bounds of human time. Works are remembered for centuries and, eventually, millennia, but the feedback loop varies greatly; it often takes years or generations for a composer’s work to receive deserved recognition.

For performers, the feedback loop is immediate—sometimes rewarding, sometimes disappointing, always providing an opportunity for reflection. While this might seem like a luxury, performers of temporal arts also face the constraints and limits of real time. How does a performer continue to advocate for a work after they perform it, or after they die? How does a particular performance practice developed over decades between a performer and composer outlive that collaboration? How does a performer’s work live beyond their career? How can we share our work to the corners of the globe? Is it possible and worthwhile to build a digital audience who may never attend a live performance?

DigitICE — an initiative to archive our work

Since the first concert of the International Contemporary Ensemble in 2001, the desire to document and preserve performances of new and rarely performed works has been strong.

After more than a decade of research into the methods and applications of digital archives, ICE created DigitICE, which began as a blog seeking to deliver a web-specific experience of our live concerts. What started as text, photos, and occasional archival audio recordings expanded into a comprehensive high definition, high fidelity archive housed in a searchable database. As a result, ICE’s concerts went from a regionally restricted experience to an internationally accessible library of virtuosic performances. The ancillary benefits in marketing, promotion, and development became clear and soon several major broadcast, radio, and web series used the DigitICE.org content as material for their programs. As digital camera and audio capture technology quickly improved in quality and decreased in price, ICE was able to increase its documentation capacity, pushing closer toward a comprehensive archive. Venues, presenters, publishers, and our collaborators became as enthusiastic about the documentation of the performance as they were for the live performance.

Since then, the documentation process and the DigitICE.org result have become an integral and essential part of the organization. Further research and testing lead us to discover means of acquiring print-quality still images from the videos as well as a sophisticated right-of-refusal process that allows artists and composers the chance to decide what is made public and what stays in our private archive—all the while having an opportunity to reflect and improve upon their performances. DigitICE.org is a feedback system, a public library, and an invaluable promotional and development tool that lasts well beyond the concert experience.

Since 2011, DigitICE videos have been loaded onto ICE sites, external embeds, and social media feeds nearly 400,000 times. Loads and plays reached peaks of activity via outside embed partners in March of 2013 (24,000 loads) and June of 2014 (15,000 loads) with sites like Alex Ross’s The Rest is Noise blog bringing single-video viewership to over eight thousand plays in August 2015. The behavior of our viewership is akin to a library in which listeners seek specific content, browse to discover new works, and sample small chunks of works. That viewership extends to Western Europe (45,000 views), Brazil (9000 views), and all over Asia with peaks of viewership in China and Japan (39,000 views). ICE’s tours to these areas bring enthusiasm to our musical presence both in the concert hall and online.

OpenICE, our initiative to build and engage diverse audiences through an outpouring of free programming, has reinforced the ethos of DigitICE’s library-like atmosphere by eliminating the financial barrier between our innovative performances, recordings, and our audience. Recently, the ensemble created an “intersection” for the OpenICE, DigitICE, and ICElab programs in the form of a new initiative—ICEcommons, an online library and submission tool for composers worldwide of all levels of experience. ICEcommons.org takes the free and open approach of OpenICE, couples it with ICElab’s call for proposals, and retains the searchable index that makes DigitICE such a useful tool for scholars and advocates.

ICE has utilized free avenues for marketing DigitICE. Social media and demonstrations at university residencies have been particularly helpful in immediately bringing our work to new listeners. Especially for young performers and composers in areas with limited access to contemporary music and applied instruction, DigitICE has been a powerful educational tool—not only a vast demonstration of today’s performance practice, but eventually a historical record.

As OpenICE matures as a program and concept, other new music ensembles across the United States will team up with ICE to present concerts within the OpenICE framework—allowing fellow musicians and ensembles to be part of this library. The Chicago based new music collective mocrep is the ensemble to pilot this effort, and by January 2016 will have three videos of live performances on DigitICE.

Next steps for DigitICE and performance documentation

The future has two major growth initiatives. We hope to make our documentation available to a wider audience by partnering with existing web-based music hosting sites (WQXR, Q2). And we are also aiming to create live-streaming options that will capture the excitement and energy surrounding an ICE event in real time while retaining our video quality. With an archive of nearly 100 terrabytes of data, ICE also has the unique position of creating short form documentary films which draw from performances of composers who have seen their careers expand significantly since their initial collaborations in ICElab or OpenICE.

ICE has only scratched the surface of this type of storytelling. Our hope is that DigitICE can be a tool for scholars, performers, composers, as well as those simply curious about contemporary music and ICE’s work. Through freely opening our work to international digital audiences, we wish to actively participate in the engagement and education of the future generations of performers and listeners that will sustain our art form.