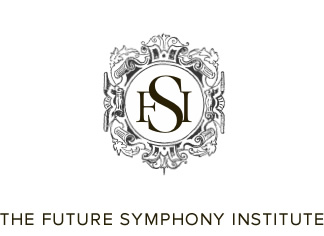 Principal Trumpet, Baltimore Symphony
Former principal, Israel Philharmonic
Founder of The FutureSymphony Institute, a new think tank that brings together the best minds from outside the orchestra world to work on the problems that face symphony orchestras.

All posts from Andrew Balio
0

The Future Symphony Institute (FSI) began as an idea eleven years ago, born of my own protracted efforts to demonstrate what seemed to me some rather obvious opportunities for growing our audiences at the Baltimore Symphony Orchestra (BSO) at a time when we still had no red ink, were flying high with Yuri Temirkanov, and touring internationally nearly every season. We did have low attendance and few donors who were doing all the giving who weren’t attending concerts. Those familiar with the BSO will remember us as the first orchestra to allow our management to reopen the CBA in what became the first of several reopeners. Our story became that of a long and miserable “lost decade” of financial losses and diminishing support. What I discovered was ailing our organization, which seemed to make one painful error after another, was at heart the same thing that was wrong with the others who were increasingly in trouble: namely, a shared culture of arts management faced off with a labor union, overseen by boards steeped in the heady successes of corporate America who would intercede with strategies not suited to us.

Future Symphony Institute was conceived as a think tank, taking its model from nearby Washington DC where American Enterprise Institute, Cato Institute, and others in political and scientific spheres have met with successes in changing policy through study and research. We mean to bring together formidable thinkers in a variety of areas to weigh in on the complex nature of classical music viability and the problems facing orchestras to find ways of achieving financial sustainability without sacrificing artistic mission. We operate from the assumption that every problem can be broken down, prioritized, and ultimately resolved. We also see that many of the problems we face have already been addressed and solved in other businesses in ways that are often in fact, applicable. We in no way seek to duplicate any of the work that is already going on – such as what we find with the vital work that the International Conference of Symphony and Opera Musicians (ICSOM) conducts on behalf of the American Federation of Musicians (AFM), the League of American Orchestras on behalf of managements and the major foundations, and major foundations that work on big picture initiatives. Polyphonic and the pioneering work of Paul Judy have served as inspiration, indicating that there may be room for this kind of focused approach. Despite the plethora of hard work being ardently pursued, we still see ample opportunities to add to the conversation. Personally, I really enjoy just playing trumpet and if I saw someone else doing just what we are trying to do, I probably would have shelved our project as we have not a fraction of the funding that the big players have. Nonetheless, it challenges me to no end to see and read about the sad fiascos of  our art form. As I discovered, FSI’s goals speak to many others, particularly many highly intelligent and successful people well outside of our usual circles and from whom we could all benefit learning. Our work is to bring them together and to distill their wisdom for our community’s benefit.

One encouraging thing about the classical music community is that it is comprised of what philosopher Edmund Burke called little platoons, small independent cadres who work rather independently with their own distinct audiences which frequent them. So it’s not like a large chain store that suddenly closes all its branches one day. Orchestras don’t compete against each other and the more classical music grows, the more they seem to multiply. It’s not like a technology that becomes obsolete by dint of the next best thing truly replacing it. It is also not evolutionary despite having capacity for infinite development. The earlier music is in many ways still the most poplar, based on what we see with playlists and radio. (Interestingly, we should take note that vinyl LPs have been making a come back for some time. Never mind that it’s literally our music that is contained on them. What does that say about the tastes of a certain segment of the population?)

The business-minded are constantly holding a sword of Damocles called supply and demand over our heads. While those rules certainly apply to us, to leave it at that is a gross oversimplification, and I’m saying that as a person prone to making generalizations and gross oversimplifications. I mean, a good generalization is true 80% of the time, and I consider that a good average.

“Supply and demand” is highly complex and dynamic. What exactly are we supplying? Can we enhance its unique and important qualities? Demand is also highly sensitive depending on many factors. The questions we are dwelling on in our research include

“How do we create demand”?
“What are the barriers to attendance and donating?”

The often cited Cirque du Soliel should have taught us a lot but again, we may have took the wrong lessons. And Robert Flanagan’s work, gathered in his deflating book The Perilous Life of Symphony Orchestras, was a real wake up call. The questions his research begs cannot be ignored. Everything he uncovered remains true yet the scope of his work does not tell the whole story. We have to answer his challenges with a serious approach. We need to reconsider the lessons we think we’ve learned, but in the context of the forest instead of the trees.

The woman who mentored my journey, Robin Marie Williams, founder of a company ironically called Harmonic International and a hobbyist pianist, helped us out of her affinity for classical music and her local orchestra. She was a consultant for NASA, STRATCOM, NOA, The White House and Fortune 500 companies. Her advice and expertise was the likes of which our world, the non-profit arts, could never afford. If she said something was possible, given the right strategy, it really was. She always gave me the sense that classical music had a great opportunity if only it enlisted the right expertise.

We found that in order for our work to make any sense, we need to embark at the philosophical. It is from this point that the wisest course can be charted. It may seem tedious to some who want to get to the part about flat screen TVs in the lobby and social media, but when we have discovered who and what we are, the “how” presents itself in unexpected ways. The role of politics seem to be very much underestimated in the music community, and while this is a hornets nest, none the less, we will go there, too.

Regarding market research, we hope to conduct new research and study the extant, looking for previously unexamined avenues. In my early work, when we looked at the big research initiatives such as Mellon, Knight, and Scarborough, what struck us was that it would seem that there were findings that were largely ignored or passed unnoticed. This presents us with the difference between vision and asking everyone what they want when they often have no idea. Certainly, Cirque du Soliel didn’t go around asking people if they wanted to pay huge prices to go to the circus, a nearly dead spectacle at the time. This reminds me of Cave of Forgotten Dreams, a documentary film by Werner Herzog about the Chauvet Cave in southern France. The premise of the movie is phenomenal: an HD, 3D journey through an ancient cave full of paintings of Europe’s prehistoric past. But the director constantly takes us out of our trance and interjects interviews with archeologists about their opinion of what the paintings mean. Not only was it a poor artistic choice to interject such commentary, but these people interviewed really had no meaningful insights, only conjecture. Finally, the movie ends by asking the most off-the-wall question imaginable at that juncture: “what would this albino crocodile think of these ancient caves?” Really? That is what much of our market research is like for me. It’s either unintentionally rigged to get a certain result or it’s probably irrelevant. Many of our orchestras’ answers will not be arrived at by taking opinion polls or creating focus groups.

Much of what we will gain as an art form will actually come from vision, which I hope FSI will be a part of. The subsequent research may be most helpful to simply give us courage. There’s no two ways about it; classical music will persist because it simply has to. We aren’t an industry, we are a traditional art form that connects us with a remarkable past, and for us, one of the most valuable things in the world. While we may not save lives or solve poverty per se, for millions of people, classical music certainly makes for a life worth living .

FSI presented its first international conference The Future of the Symphony at the University of Baltimore Sept 27th & 28th of this year. It officially launched online on December 1st.

Principal Trumpet, Baltimore Symphony
Former principal, Israel Philharmonic
Founder of The FutureSymphony Institute, a new think tank that brings together the best minds from outside the orchestra world to work on the problems that face symphony orchestras.