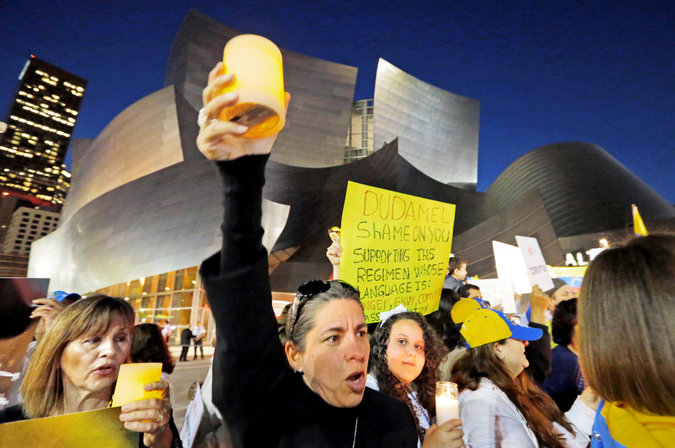 […] already shared, to an extent, with the Old Classical Music Culture. Adding more film composers like Philip Glass and…

Orchestras need to offer compelling reasons for millennials to make live symphonic music a part of their lives.  After all, millennials are the largest generation in human history, and at nearly 90 million people they will very soon make up the vast majority of our orchestras’ stakeholders, constituents, audience, staff members and supporters – and instrumentalists.  By 2017, they will surpass the buying power of the baby boomer generation.  There is simply no generation in the next forty years that will have the size and potential purchasing power to influence American orchestras more than millennials.  While orchestras aren’t the only institutions that have abandoned the young, they can still be among the first to reclaim them — and in so doing they can begin to reclaim the position of live orchestral music in American culture.

These millennials have very different expectations for nonprofits than baby boomers.  Their expectations that nonprofits be socially conscious institutions goes beyond what is traditionally expected, especially from performing arts organizations.  Being able to trust a nonprofit organization and its mission is very important to compelling millennials to attend and donate.  One telling statistic is that nine out of ten millennials would stop giving to an organization that had lost their trust.

American classical institutions’ stoic reactions to human rights abuses is making that trust difficult to develop.  For example, when Pussy Riot was sentenced to two years in a labor camp for a peaceful political protest, many of those 90 million American millennials along with people like Madonna, Sting, Yoko Ono, Björk, Moby, Peter Gabriel, and more than a dozen international papers as well as the Washington Post, the Chicago Tribune, and the New Yorker Magazine all publicly supported Pussy Riot’s human right to peaceful protest.  And yet, even after so many people across a range of musical and intellectual disciplines voiced their support, not one American orchestra dared even a tweet.

Things were no different after Russia enacted Putin’s outrageous anti-gay law.  The Metropolitan Opera attempted to be detached from the controversy while protesters pointed out that two of Putin’s most visible supporters led the Met’s season-opening production.  The famed music director of the Los Angeles Philharmonic, Gustavo Dudamel, refuses to speak out against Maduro’s government, even after students were beaten and arrested during his concertizing in Venezuela.

Orchestras can play at being apolitical, but their choices have political resonance whether they like it or not.  In another example, it will be hard for millennials not to notice the disconnect between American orchestras trying to be above the fray of politics while at the same time expanding their influence in Asia.  What’s the message of positive nonprofit societal change given by playing concerts in North Korea while shying away from broaching the subject of human rights?  The baby boomers may not notice or care, but the millennials absolutely do and it is giving them even more reasons not to be involved with orchestras.

After all, selling the idea of an orchestra’s mission to bring symphonic music to as many people as possible has always been a challenge.  And, laying aside the human rights issues, it’s also easy to see that part of the appeal of American orchestras’ desire to expand to China is that it’s an easy solution to the changing demographics in America.  Appealing to the deep pockets in China is the only avenue of expansion for classical traditionalists.  It allows them to teach a whole new generation of musicians that orchestral music means playing Beethoven whilst wearing tuxedos, and bowing to people who have more power and money than actual kings.  So it’s easy to see how it might seem to millennials that American orchestras are not simply aspiring to achieve artistic ideals, but rather that they will follow the money no matter the human cost.

All these choices are not accidents.  Rather, they fall under the idea that art and politics are separate.  Given how important trust is to millennials’ interactions with nonprofits, the idea that institutions should refrain from voicing widely-held human rights positions is silly and counter-productive.  The worry of upsetting existing donors pales in comparison to the danger posed to orchestras who undervalue the changes brought by the millennial generation.

It also doesn’t hurt that speaking out against human rights abuses is the right thing to do.  The artistic thing.  The human thing.  Of course, all of this only makes sense when one considers the art itself that is being presented by the institution.

American organizations need to embrace the idea that live orchestral music can appeal to and elevate a broader demographic of the population.  Selling live orchestral music is difficult enough without creating new problems simply because we all don’t want to admit that we are getting older and the world is changing.  Even with broad community support, the only leverage the symphony has against all market forces, including wealthy donors, is its artistic mission.

Categories of art in 21st century America are more fluid than they were in the previous century.  The lines between genres have been forever blurred, especially for the millennial audience.  To them there is very little difference between “new” music, classical music, or film and video game music.  The future for people running orchestras is to run them without regard to these old categories.  Too much of the existing orchestral eco-system is based on strict category memberships, or genre-silos.  Categories such as Classical, Pops, Live-to-Projection, and Broadway are common to how orchestras think about themselves, their audience, and their artists.  However, for 21st-century orchestras, genre-silos are a bad thing, and not simply because genre-silos are absurd, but also because millennials don’t see those categories — they only see “orchestra”.

It’s understandable that traditionalists are uncomfortable with the dissolving boundaries between symphonic forms.  Boundaries are comforting.  They can give structure and a sense of control to the challenges of programming a season, and they make choices of repertoire and personnel easier to categorize for the front office.  Presently however, the industry must arrive at a more evolved view — one that is more in line with how the millennial audience views orchestras.  The Pulitzer Prize-winning author Douglas Hofstadter writes this about categories, “The idea that category membership always comes in shades of grey rather than black and white runs strongly against cultural conventions and is therefore disorienting and even disturbing, accordingly it gets swept under the rug most of the time.”

Orchestras cannot afford to sweep these reforms under the rug.  The institution should begin to consider itself and its image in society from the vantage point of a living aspirational artistic endeavor, rather than a museum trying to raise funds for “real” music.  Let it become a beacon of American artistic, and thus human, values.

Also, aside from being demographically dangerous, these genre-silos limit institutional creativity.  They not only hinder interesting cross-genre concerts and series from developing, but surprisingly they even limit the musical possibilities within traditional concerts.

For example, the New York Philharmonic famously ignores music by Philip Glass.  Yet, Philip Glass’s music is as big and important as new symphonic music gets.  His perennial absence at the New York Philharmonic is an annual artistic embarrassment, and it stems from the their genre-silo of “new music” — which, apparently, does not allow for new orchestral music to be both “good” and “popular” at the same time.

Some people view Philip Glass as “only” a film composer, but he’s not alone in having his art ignored here at home.  In fact, American composers of all kinds have been defined out of many orchestras’ genre-silos of new music.  The National Symphony will be playing no American music at all next season, and the new season at the Cleveland Orchestra is so bereft of new American music that it spawned an open letter of protest from local composers.

What about the new American symphonic forms?  The American composers writing idiomatically for Americans?  Why hold on to categories that require that the music of John Williams simply not matter because nobody taught film music at Harvard in the 80’s?  How many other really important American composers’ works are audiences missing out on because of these old fashioned categories?

The tradition of making large-scale music with acoustic instruments is what’s worth saving.  Traditional donors must be persuaded that they are giving to maintain the integrity of the institution, and not to dictate the direction of the development of the art form.  Indeed, orchestras cannot persuade new audiences to value traditional ideas of symphonic music.  That’s a fool’s errand, as anyone who has glanced at history can plainly see.

American orchestras must have a bigger tent for what we call art.  It must become a place that exists for the new, and that happens to sometimes play the old.  A place for live music that programs music taken from all of American symphonic culture, and allows them all to be heard and thought of in context with each other.

The genius of the millennial’s viewpoint is that it can help release orchestras from the too-heavy bonds of history.  This big-tent outlook not only allows orchestras to program and present music from across a spectrum of genres and forms, it gives orchestras a new artistic baseline so that they may grow into the modern era.  When it’s just as valid, artistically, to find genius in a video game score as it is in a commissioned piece, then orchestras will find themselves in a position to use both artistic standards and the market to fulfill their mission to bring symphonic music to as many people as possible.