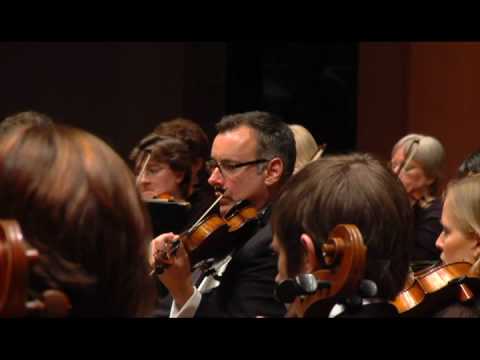 Michael Barar is a violist with the Memphis Symphony Orchestra, and serves as their representative to ROPA.

Exactly one week ago from the time I am writing this, the board of directors of the Memphis Symphony Orchestra was holding its regular quarterly meeting. Most readers who follow arts journalism and the blogosphere surrounding goings on at orchestras know, however, that the discussions were hardly business as usual. The press release that went out after the meeting sums things up pretty well:

Let me be clear that I am not going to discuss whether or not this was handled well or poorly. We are only one week into the public disclosure of our current troubles, and I am no expert regarding crisis management. I am trained to play the viola, play it well enough to have a job in a professional orchestra, and I’ve picked up a few other skills along the way, but I have no interest here in pointing fingers or claiming to have all the answers. Rather, my goal is to look at what it is to be an orchestra in crisis, and the immediate aftermath of going public.

Before press releases and statements are made, an orchestra must first come to terms with the fact that there is, indeed, a crisis. In the case of the Memphis Symphony, discussions have been ongoing for months about the precariousness of the situation, and as time elapsed it became clearer and clearer that a cash shortfall with no endowment or line of credit to offer a lifeline could result in the collapse of the organization before the end of our current season. The board learned rather quickly that blaming their past actions or those of previous executive leadership would do nothing to solve the immediate problem, and has wisely focused their efforts on the present and future rather than the past. (It reminds me quite a lot of the teacher I studied with in high school who would often tell me in regards to bad habits I had picked up before through laziness, bad teaching, or both, that there was no point in crying over spilled milk.)

What comes next though is tricky. When facing a cash crisis, the obvious solution is to raise more cash. Telling potential funders that you are nearly out of money is a double-edged sword, though. Ideally, angel donors show up and the community rallies around an institution that it cannot imagine losing. However, an organization in as deep a crisis as the Memphis Symphony is has probably been in trouble for some time, and has already tried to approach potential angels, and those angels may become weary of hearing the same cries of woe over and over again. After all, why should they continue to throw good money after bad?

The initial headline of our local paper, The Commercial Appeal (which ran at the top of the front page on January 31), said this:

Restructuring here is a major component of how an organization makes a case to potential funders that it is indeed worth their dollars to keep things afloat. And I will address that in more detail below. However, that does not make for exciting reading, and it is important to remember that whenever the message is given to the press, the original messenger no longer completely controls the message. The really juicy stuff is later in the article:

“The symphony board on Thursday unanimously approved a resolution saying the MSO ‘cannot incur future deficits in operations’ and giving its executive committee authority to ‘wind-down MSO’s operations’ if adequate funding or commitments aren’t found.”

This was merely a procedural move to put in place a semblance of process should the worst-case scenario come to pass. By February 3, though, Norman Lebrecht wrote on his ArtsJournal blog Slipped Disc:

“The board of the Memphis Symphony has decided to close out at the end of the current season unless they raise a lot of money, very soon.

They can’t find the $20-25 million it would cost to continue. Music director is Mei-Ann Chen.

The orchestra gives 23 subscription concerts and 146 education and community events each year.

The message seems to have changed a bit from the original. The orchestra, in trying to generate support, has seen hope tempered with realism turn to near hopelessness. The orchestra still maintains content control on its web site, Facebook page, official emails, and such, but the information becomes what it will once it becomes public.

As to restructuring, the Commercial Appeal, in a follow-up article, published this:

“Symphony officials said Thursday the organization needs either radical restructuring or a massive donation to continue next season. They said the symphony would be broke by April with no action, but they were confident that cost-cutting and other measures will help them finish the current season.”

Much speculation has been made about what “radical restructuring” means, especially in the context of statements like this from the press release:

“The current season will be the final season of the Memphis Symphony in its current configuration.”

Restructuring so far has meant slashing staff (more than one third of the administrative staff has now been let go), and canceling and reprogramming concerts. What cannot happen immediately is a change to how musicians do their jobs. All working conditions are part of a collective bargaining agreement, and those conditions can only be changed through a negotiation with musician representatives and our AFM local. I can already hear echoes of the “Memphis Model” coming through the pipeline, but the reality is that we have received no proposals regarding our next CBA (our current one expires on June 30), and we are not presently negotiating changes. What the musicians ARE doing includes offering up every revenue-generating plan we can think of, donating services to a benefit concert, and keeping an open dialogue with our board and administration. Promises of restructuring are a necessary part of crisis management, and some restructuring has already taken place, but the term is vague and, as far as the musicians are concerned, such action must be mutually agreed upon.

One week into a publicly-announced crisis, it is critically important to remember that messaging is absolutely critical, and that reading the press and blogosphere with a critical mind is absolutely necessary to try and grasp the truth of the situation. A crisis is a miserable experience to endure, and while it can easily result in tragedy, it can also spur unexpected creativity and resilience. The entire institution of the Memphis Symphony Orchestra is putting all of its efforts into the latter.