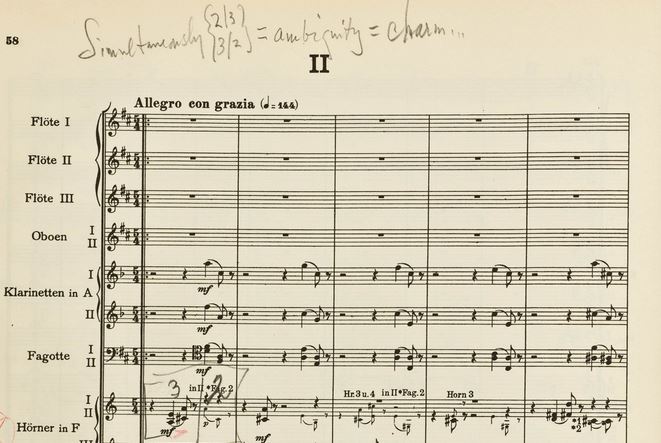 Jeffrey Johnson is Professor of music at The University of Bridgeport. He is the regular classical music reviewer of The Hartford Courant and the Stamford Advocate in Connecticut. He has also written for The Boston Globe, Dover Publications, and Greenwood Press.

All posts from Jeffrey Johnson
0

Jeffrey Johnson is Professor of Music and Director of the Music Program at the University of Bridgeport, and the author of several books. He also serves as the classical music critic for the Hartford Courant and the Stamford Advocate. He recently sent Polyphonic this thoughtful post. – Ann Drinan, Senior Editor Instances of extended 5/4 meter are few and far between in 19th century orchestral music, but one of the most celebrated is the second movement of Tchaikovsky’s sixth symphony, which is cast as a waltz in which those who dance are so engaged that time itself is altered.

Odd meters challenge the bilateral symmetry of the body, and five-meters are often divided unevenly into [3+2] or [2+3]. Tchaikovsky partitioned the lyrical tune of his 5/4 waltz, first played by the section cellos, into [2+3] patterns marked by slurs.

Leonard Bernstein noticed something else about this passage, and sought to create an undercurrent in a layer often left unfocused in performances. He noticed that the accompaniment that supports this lyrical tune is often partitioned into [3+2]. The music presents both partitions at the same time.

The Digital Archives of the New York Philharmonic allow us to examine Bernstein’s marking online. On page 58 of his score (which is the first page of the second movement) he wrote “Simultaneously [2/3, 3/2]=ambiguity=charm.”

This notation was made in ordinary grey pencil, which was the color Bernstein used for his own thought. He marked phrase structures and entrances in blue, and anything which was to be put into parts in red.

As the movement opened he wanted the string pizzicato on the downbeat to connect to the gesture played by the first and second horns to create a 3-beat pattern. The clarinet and bassoon part follow with a 2-beat pattern. Bernstein annotated the horn part in his score because the horns are critical to making this pattern materialize. One would imagine that horn players would otherwise fold their gesture into the phrasing of the cello part. The digital archive also contains annotated parts, where the horn parts are marked [3+2].

If one listens to any Bernstein recording of this movement, the presence of the accompaniment has a particular quality. The clash of phrasing not only produces “charm,” it also reveals an underlying complexity where confusion and contradiction are below the surface of even the most carefree moments.

Jeffrey Johnson is Professor of music at The University of Bridgeport. He is the regular classical music reviewer of The Hartford Courant and the Stamford Advocate in Connecticut. He has also written for The Boston Globe, Dover Publications, and Greenwood Press.