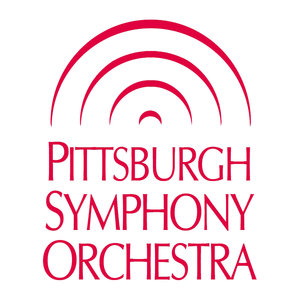 It’s common for the general public, and even musicians to dwell on the negatives when speaking about the current state of orchestra affairs. Of course it’s not all gloom and doom. Here’s a positive.

At a time when major symphonies across the country are facing labor conflicts or financial woes, management and musicians of the Pittsburgh Symphony Orchestra have settled a new contract more than a year before the current one expires. The agreement calls for a 4 percent wage increase for the 2013-14 season, a wage freeze in 2014-15 and a 3 percent increase in 2015-16.

The annual base salary for 2013-14 will be roughly $104,000, with many principal players making more. The orchestra’s size will remain at 99 musicians and two librarians. Also included are changed work rules that provide “greater flexibility to the PSO,” according to a news release, and increased retirement benefits.

Under the current pact, the musicians, who are members of Local 60-471 of the American Federation of Musicians, had accepted a 9.7 percent wage reduction for the first two years of a three-year agreement, with a wage reopener in the third year, which is this one. Monday’s agreement essentially bypasses the third year of the current contract and begins again under the new provisions.

Because of the earlier givebacks, the increases are less of a raise and more of a move toward getting back to previous levels.

“Negotiations were extremely positive,” said James A. Wilkinson, Pittsburgh Symphony president and CEO. “I think both sides are very pleased we’ve managed to avoid a full-blown negotiation next year.”

PSO members, he said, make up “one of the best orchestras in the world. It’s extremely important we continue to reward them by keeping their salaries within the top 10 in the country.

“We lost [violinist Sylvia Kim] to Chicago last year and are losing [violinist Shaun Shaun Yo] to New York,” he added. “We don’t want to lose any more, and in fact are in the midst of hiring now” to fill vacancies in the cello and violin sections, plus one-year positions for viola and horn, mostly due to retirement.

Bass player Micah Howard, the musicians’ union representative, said the salary increase “won’t get us back to where we were, but it gets us close. In the climate we’re in now, this is a great contract. It keeps the PSO as a destination for the world’s best talent.”

PSO music director Manfred Honeck said in a statement: “This is an important signal for the industry. The dedication of our musicians to the community and to our patrons is most appreciated. I am very proud to make music with them and look forward to continuing our tradition of artistic excellence.”

The symphony has negotiated contracts early before — the current agreement was ratified three months ahead of time.

The agreement comes in the midst of ongoing financial straits for many American orchestras. In 2011, the venerable Philadelphia Orchestra filed for Chapter 11 bankruptcy protection. Also that year, the musicians of the Detroit Symphony Orchestra went on a bitter six-month strike.

The lockout of musicians of the Minnesota Orchestra in a contract dispute this year led to the cancellation of its entire season. Also, a nearly three-week strike at the San Francisco Symphony cost the orchestra an appearance at Carnegie Hall.

The PSO itself has had a string of deficit years on its roughly $31 million budget. Its last fiscal year, ending in August 2012, showed a deficit of about $3.5 million. Mr. Wilkinson has said he wants to have a balanced budget in 2014-15. If the orchestra is able to do that for three seasons in a row, he said, it will qualify for the last $12 million of a $29.5 million gift by the Simmons Family Foundation, given to the PSO in 2006.

Symphony officials would not discuss how they would make up the deficit.