One of the highlights of this summer for many Eastman School of Music horn students and alumni was the International Horn Society Symposium. Professor of Horn Peter Kurau (BM ’74) and Assistant Professor of English Lyric Diction Pamela Kurau (DMA ’91) hosted a gathering on August 6 of Eastman Horn alumni and future horn alumni at the 2015 International Horn Symposium held on August 2-9 in Los Angeles, California. 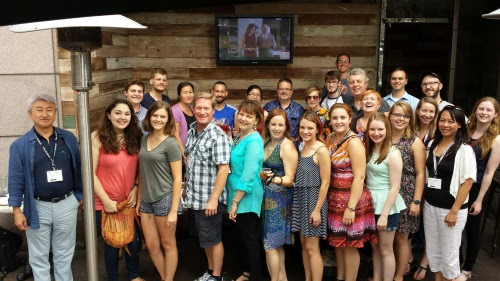 Sixteen Eastman horn alumni or current students performed or lectured at this symposium, sponsored by the International Horn Society, and hosted by Annie Bosler of the Colburn School and Andrew Bain of the Los Angeles Philharmonic and Colburn School.

Besides the Eastman presence at the IHS Symposium, ESM horn students were active all over the United States and beyond. Summer kicked off with graduation in May- congratulations to the Class of 2015! 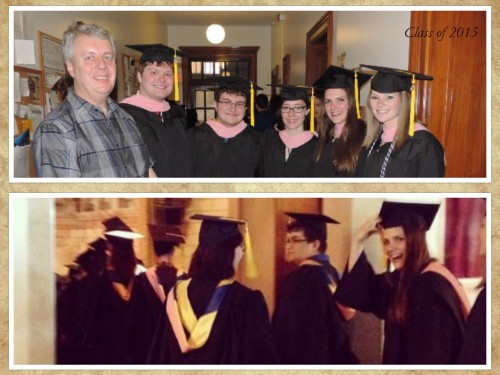 Junior Nikki LaBonte spent her summer at the Music Academy of the West and performed with Buffalo Philharmonic Orchestra. She recently accepted a one year position as the Assistant Principal Horn of the Hawaii Symphony and will be taking a leave of absence for the academic year to pursue this opportunity. 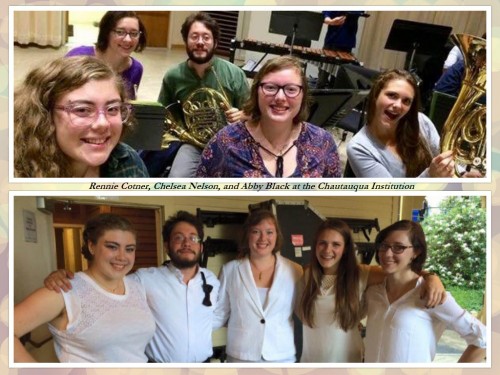 In June, Chelsea worked as a staff member at Kendall Betts Horn Camp and where sophomore Jessica Elder attended as a participant.  Jessica began her summer by playing Mozart’s 3rd Horn Concerto with her community band in Alabama, and then flew to New Hampshire to spend a week at Kendall Betts Horn Camp. After KBHC, Jessica stayed in Rochester for the majority of her summer while she worked as summer residential advisor and an usher. The weekend before classes began Jessica competed in the International Horn Competition of America where she was a semi-finalist.

Junior Rebekah Lorenz worked as an administrative intern at the Tanglewood Music Center, where senior Jackie Schober was employed as a counselor.

MM student Tyler Taylor began his summer teaching high school and middle school horn at the University of Louisville Wind Band Institute. In addition to leading group lessons and sectionals, he also taught the two sections of middle school advanced theory. Soon after, Tyler began to teach his first composition student, an ambitious student from the Youth Performing Arts School, Luke Pearson, who plans to pursue music composition for his collegiate studies. In addition to his pursuits in teaching, Tyler also performed with and worked for a small opera company in Louisville called “Thompson Street Opera” ran by Claire DiVisio. The company specializes in productions of chamber operas by only living composers. This is Tyler’s second year working with Thompson St. In late June, Tyler was hired to arrange songs by Jecorey Arthur’s hip hop group “1200” for performance by the Louisville Orchestra during the Louisville Waterfront Fourth of July Celebration. Tyler is a proud Louisvillian and greatly enjoyed being part of a crossover project involving hip hop and classical music. In July, Tyler traveled to San Jose, California with the University of Louisville Wind Ensemble under direction of Dr. Frederick Speck for their performance in the World Association of Symphonic Bands and Ensembles (WASBE.) Tyler most enjoyed his performing principal horn on Brett Dean’s “Engelsflügel” – a piece commissioned in 2012 by the UofL Wind Ensemble. During the convention, Tyler was also able to engage with composers John Mackey and Frank Ticheli. Tyler is currently working on a horn concerto commissioned by performer and professor of music Kyle Tolstyka to be premiered in the fall of 2016. 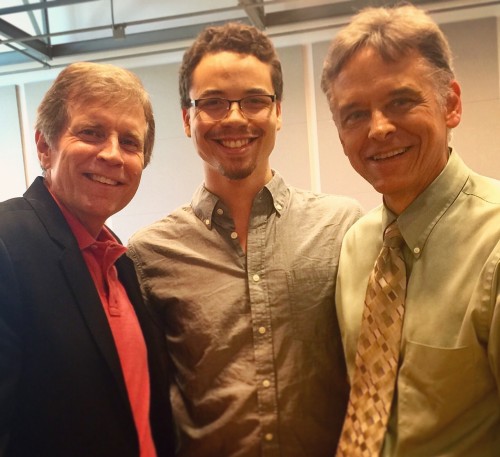 Over this past summer sophomore Kara Miller had the opportunity to attend the Pierre Monteux School for Conductors and Orchestral musicians in Maine. While there, she played over 60 pieces of orchestral repertoire, performed as principal on pieces such as Stravinsky’s Firebird, Mendelssohn’s 4th symphony, and Prokofiev’s Lieutenant Kije, performed frequently in a brass quintet, and ate her first lobster! After Maine, Kara headed to LA for the International Horn Symposium where she had the privilege of playing in a masterclass for Will Sanders and enjoyed catching up with fellow Eastman hornists! 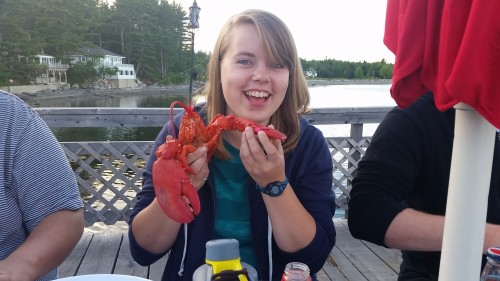 This summer freshman Leah Jorgenson was able to go to the Interlochen Art’s camp to play in the orchestra program. Some of the works that the orchestra played were Dvorak’s 9th symphony, Appalachian Spring, Selections from the Romeo and Juliet Suite by Prokofiev , and Shostakovich Symphony number 12. Also, Leah’s woodwind quintet 4:1 was chosen to play in the camp’s Collage concert, a concert which featured all the types of art at the camp. Leah also was privileged to premier “A Familiar Feeling” for horn and piano by Paul Stovall.  Leah studied with Jessie Thoman a professor at University of Tennessee Martin, and Anne Scharer the fourth horn of the Metropolitan Orchestra.  At camp Leah also enjoyed swimming, kayaking, paddle boating, laughing, and making great friends.  And she was also thankful for the time she spent with her family and friends when she came home before she left for college!