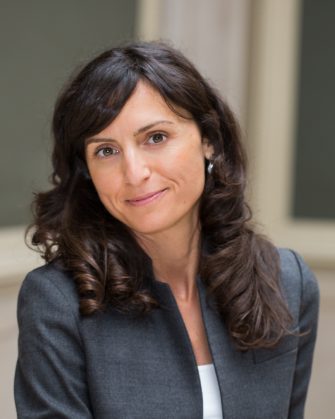 Sevinç Türkkan is instructor of Humanities at Eastman School of Music. She specializes in comparative cultural studies, modern and contemporary German and Turkish literatures and cultures, Anglophone literatures and postcolonial theory, and world literature. Her research interests include East-West cultural and historical relations, human rights discourses, reception, global book circulation, and translation studies. In her classroom, she engages students in comparative, postcolonial, and psychoanalytic critical thought to identify and assess how writers and artists across the globe respond to injustice, exile, incarceration, trauma, and global modernity overall. In addition to her scholarly interests, she is a practicing translator. Most recently, her translation of The Stone Building and Other Places (City Lights Books) by the writer, journalist, and human-rights activist from Turkey, Aslı Erdoğan was a finalist for PEN Translation Award.

Dr. Türkkan’s research and teaching closely inform each other. She is the co-editor of Approaches to Teaching the Works of Orhan Pamuk which was published by Modern Language Association of America Press. The idea for the volume emerged from her efforts to design and teach a major authors seminar on the Noble Prize laureate from Turkey, Orhan Pamuk, and has been informed by her teaching of such a seminar in the past several years. The volume consists of 20 essays by renowned scholars and teachers of Pamuk from across a variety of disciplines, including a contribution by Pamuk himself. The book is a capacious sourcebook of materials and approaches to teaching Pamuk’s works not only in literature departments but also across disciplines. Dr. Türkkan’s research on cross-cultural relations, world literature and translation, global book markets and circulation, and pedagogy has appeared or is forthcoming in publications such as Comparative Literature Studies, Public Seminar, Translation and Literature, Türkisch-Deutsche Studien Jahrbuch, Global Perspectives on Orhan Pamuk, Teaching Translation, Crossing Borders with Foreign Language Films, Dictionary of Literary Biography, and Encyclopedia of Literary and Cultural Theory among others. Her translations from Turkish and German appeared in Best European Fiction and K1N: Journal of Literary Translation. Her current book project, Translation, Criticism, and the Construction of World Literature investigates the role of translation and translators in the creation of the category “world literature.”

At Eastman and at the University of Rochester, Dr. Türkkan has developed the curricula in non-Western literatures and cultures by offering courses on Turkish literature and intellectual history, human rights discourses, and resistance movements across the Middle East, Asia, and Africa. She regularly offers Eastman’s first year writing seminar.

She is fluent in Turkish and German, and has a working competency in Bulgarian and Arabic.

Dr. Türkkan holds office hours at Eastman on Mondays and Wednesdays from 11:00am – 1:00pm by appointment in ET 605.