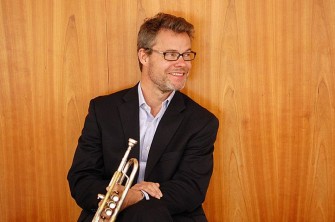 Douglas Prosser received his BM from the Eastman School of Music, where he studied with Barbara Butler, Charles Geyer, and Mark Gould. He served as Principal trumpet in the City of Barcelona Symphony Orchestra (1987-95), and has been Principal Trumpet of the Rochester Philharmonic Orchestra since 1995 and a member of Eastman Brass since 1998.

He was a faculty member at the University of Barcelona (summers, 1990-95) and a visiting professor at Nazareth College (spring 1997) before joining the Eastman faculty in 1997.

He has given numerous master classes, lectures, recitals, and concerts in Spain and the United States. His recent engagements include: