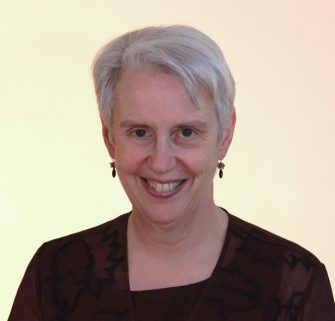 Lisa Goode Crawford is Emerita Professor of Harpsichord at the Oberlin Conservatory of Music, where she was a central figure in that institution’s early music program from 1973-2005.   She holds the A.B. and M.A. degrees in music from Harvard University.  In 1968 she was one of the first winners of the Erwin Bodky Award for performers of early music.  Ms. Crawford has given solo and ensemble performances throughout the U.S. and in Europe and Japan. She was a member of the renowned Oberlin Baroque Ensemble and continues as a faculty member at the summer Baroque Performance Institute at Oberlin, where she has taught since 1974.  She has performed with Apollo’s Fire, Les Délices, the Smithsonian Chamber Players, and numerous other ensembles and artists.   She has edited the keyboard music of Pancrace Royer for the series “Le Pupitre” published by Heugel (Paris). After producing and directing Royer’s ballet héroique, Le Pouvoir de l’Amour (1743), at Oberlin (February 2002), supported by a grant from the Florence Gould Foundation, she prepared a critical edition of this opera, published in 2006 by the Centre de Musique Baroque de Versailles.

Together with Mitzi Meyerson, Ms. Crawford has recorded two-harpsichord arrangements of the harpsichord music of Gaspard Le Roux for Harmonia Mundi France, using two eighteenth-century French harpsichords in the Russell Collection at the University of Edinburgh. She has recorded solo works of Royer and Rameau and J.S. Bach’s Goldberg Variations, and has participated in ensemble recording projects for Vox, Gasparo, and Smithsonian Recordings. Other recording projects have been been two solo recordings of music by J.S. Bach and François Couperin, performed on the 1624 Ruckers harpsichord at the Musée d’Unterlinden, Colmar, France; and ensemble recordings with Les Délices (“The Tastes Reunited”, 2009) and Christopher Palameta, oboe (Marais “Suites for Oboe”, 2014).

One of the most respected harpsichord teachers in the U.S., Ms. Crawford conducts master classes and adjudicates performance competitions.

In retirement from teaching at Oberlin, Crawford has been a chercheuse associée at the Centre de Musique Baroque de Versailles. Her most recent large project, supported by a Mellon Emeritus Fellowship, was a performance at the Château de Versailles, and the preparation of critical edition of, Royer’s 1730 tragédie lyrique, Pirrhus.   A recording of the performance was released in 2014 on the record label Alpha, and the critical edition was published by the CMBV in 2015.