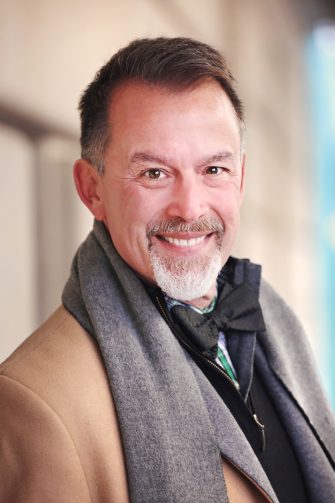 Dr. Jonathan Retzlaff, lyric baritone, joined the Voice and Opera faculty of the Eastman School of Music in 2015 after serving as Chair of the Voice Department at the Blair School of Music at Vanderbilt University where he was honored as the Distinguished Faculty Member of 2011.  For over thirty years, he has performed professionally as a soloist in opera, oratorio, recital, and musical theatre.  Following his New York debut recital of French mélodies at Carnegie Recital Hall, Dr. Retzlaff has championed the art of the song recital on prestigious concert series including the National Gallery of Art and Phillips Collection in Washington, D.C.; the A. I. Lack Music Master Series at the University of Houston, Texas; and the Bechstein Recital Series in Santa Fe, New Mexico and internationally in Graz, Austria.    He has also performed on the Community Concert Series under the auspices of Columbia Artists Management, on National Public Radio, and at colleges and universities spanning the country. Dr. Retzlaff was a semi-finalist in the prestigious Elly Ameling Lied Concours held in The Hague, The Netherlands and the Walter W. Naumburg Vocal Competition in New York.