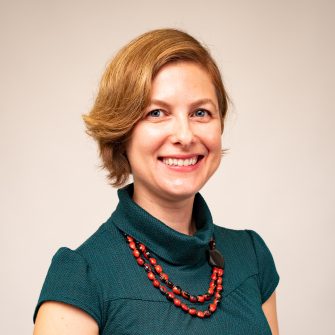 Orit Hilewicz joined the faculty at Eastman in 2017. Her research interests include music and visual arts, theories of metaphor, music in multimedia, and approaches to musical temporality. Her dissertation (Columbia Ph.D., 2017), titled “Listening to Ekphrastic Musical Compositions,” studies pieces that take visual artworks as their subject matter. Her article “Reciprocal Interpretations of Music and Painting: Representation Types in Schuller, Tan, and Davies after
Paul Klee” was published in Music Theory Online in 2018.

Orit has presented her work at local, national, and international conferences, including the annual meeting of the Society for Music Theory, the International Musicological Society, and the International Society for the Study of Time (ISST), where she was awarded the Founder’s Prize for New Scholars for her paper “Tracing Space in Time: Morton Feldman’s Rothko Chapel.” Her article by the same title was published in Time and Trace in April 2016.

In her teaching, Orit promotes analysis as a tool for advancing performers’ interpretations and listeners’ perceptions. Her teaching experience includes graduate and undergraduate research seminars on music in multimedia, graduate courses in analysis of tonal and non-tonal musics, graduate theory review, and undergraduate core- and upper-level theory. During her time at Columbia University, courses that she designed were selected twice (and taught in Summer 2015 and Fall 2016) for the competitive Teaching Scholars Program of the Graduate School of Arts and Sciences.

Orit currently serves as co-editor of Theory and Practice, the peer-reviewed journal of the Music Theory Society of New York State, after serving as associate editor in 2012–2015. She served as the managing editor of Perspectives of New Music in 2010–2011.