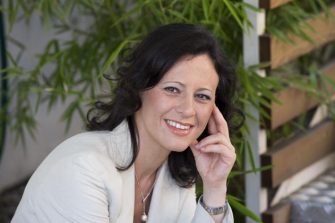 Elena Bellina holds a Ph.D. from New York University, an MA in English from Youngstown State University, and a Laurea in Foreign Languages and Literatures from the University of Bergamo (Italy). She has always been passionate about music, and earned degrees from the Conservatory of Music of Verona (Italy).

She works on autobiographical writing in confinement, focusing on unpublished diaries and memoirs written by Italian prisoners of war in British military camps in Africa during WWII. In her book Creativity on Stage Behind Barbed Wire: Italian POWs in Africa, she is investigating how Italian prisoners in Africa escaped the trauma of captivity through the performing arts, by building theaters and staging opera productions, musical theater, and plays, as they narrate in their autobiographies. She is also completing African Adventures: Palmiro Forzini in East Africa (1936–1946), a critical edition and translation of Forzini’s memoir about his decade in Africa as a soldier and as a POW. Her areas of expertise include modern and contemporary Italian literature, poetry, literary theory, gender studies, cinema, and theater. During her years at the University of Bergamo, she developed an interdisciplinary approach to literature, musical semiotics and self-construction. She has continued to explore the relationships between Renaissance and Baroque music, literature, and cinema over the years. She also works on issues related to the representation of violence, war literature and documentary films.

At Eastman, she has developed an interdisciplinary curriculum in Italian language and cultural studies with courses on cinema, music, theater, literature, and theories of adaptation. In 2013, she organized Recitar cantando: Conversations on Italian Music and Literature, a series of lectures on Florence Renaissance Music and Culture, the castrato tradition, and comic opera. The events featured leading scholars in the field and students performing a number of works, including the premiere US performance of Lorenzo de’ Medici’s reconstructed carnival songs. The events took place at NYU Casa Italiana Zerilli-Marimò as the first collaboration ever between Eastman and NYU. The series continued in 2014 with a project on Italo Calvino’s Six Memos for the New Millennium in collaboration with the Benson Forum on Creativity and the Composition Department. For April 2016, she is organizing Experiencing Devotion in Medieval and Renaissance Europe: Sights, Sounds, Objects, a two-day conference in collaboration with the Memorial Art Gallery and the University of Cambridge, UK. The conference will capture the sensory experience of religious devotion and practices in the later Middle Ages and Renaissance through a series of papers, panel discussions, and musical demonstrations by the Eastman School of Music performers in the University of Rochester’s MAG.

She has always been interested in investigating the way people recount their lives and the epistemic problems that life telling involves. This interest took her to South America in 2004 to shoot a documentary film on the lives of three Italian men who have played a central role in the socio-political development of Bolivia in the last fifty years.

Elena Bellina, Lindsay Eufusia and Paola Ugolini (eds.) About Face: Depicting the Self in the Written and Visual Arts. Newcastle upon Tyne: Cambridge Scholars Publishing, 2009.

“Introduction.” In Elena Bellina, Lindsay Eufusia and Paola Ugolini (eds.) About Face: Depicting the Self in the Written and Visual Arts. Newcastle: Cambridge Scholars Publishing, 2009. 1-11.

Producer, writer, researcher.
It is a documentary film on the socio-political problems of Bolivia, particularly on the problem of abandoned and abused children in the region of Cochabamba (Bolivia) and the rehabilitating foster houses built and run by three Italian priests who have had a central role in Bolivian socio-political life since 1957. The documentary was shown at several international documentary festivals, where it received positive reviews.

2006:
New customized edition of the documentary film Ciudad de los niños (Bolivia) in honor of one the founders of the foster centers in Bolivia who passed away in February 2006.