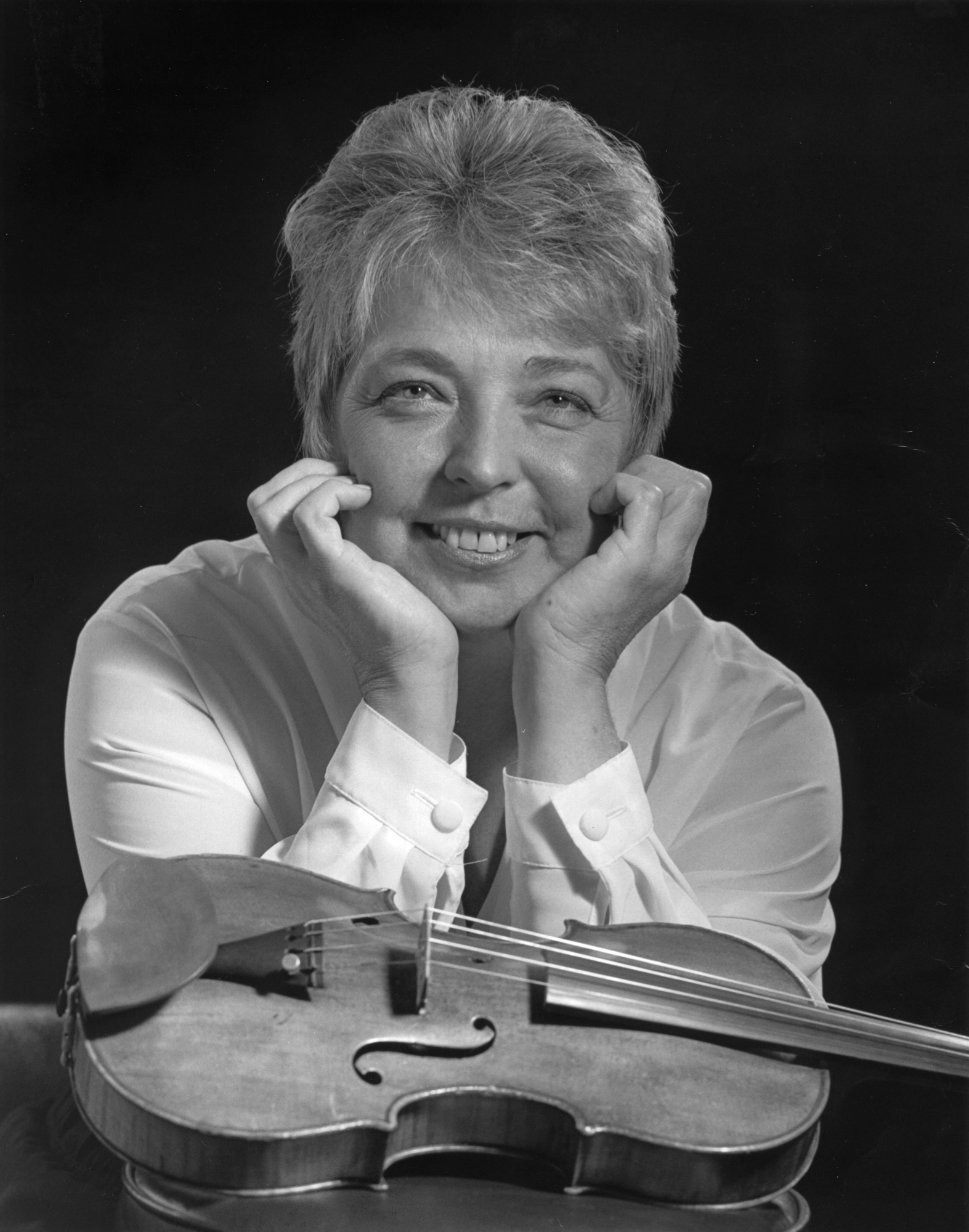 She received her Bachelor of Music degree from the Curtis Institute of Music. A Fulbright grant took her to Vienna where she earned a Concert Diploma with Distinction from the Akademie für Musik und Darstellende Kunst. She received a Martha Baird Rockefeller Grant, and has performed in many of the major cities in Europe, including London, Vienna, Munich, and Berlin. During the Cold War, the U.S. State Department presented her in recitals in Budapest and Bucharest.

A member of Die Wiener Solisten for many years, she was also concertmaster at Theater an der Wien, a member of the Wiener Kontrapunkte, and of the Deutsche Bach Solisten. She has been a soloist with many orchestras, among them the Philadelphia Orchestra, the Los Angeles Philharmonic, the Wiener Ton-Künstler, and the Wiener Kammerorchester. She attended Sandor Vegh’s International Musicians Seminar at Prussia Cove in its early years (1970 and 1971). While heading Chamber Music at the Mozarteum in Salzburg, she was also concertmaster of the chamber orchestra, Cis.

Other honors include a prize at the International Musikwettbewerb, Vienna, and the Philadelphia Orchestra Award. For 15 years, Blakeslee was first violinist of the Streichquintet Mozarteum, and together with members of this ensemble, she runs a chamber music festival and violin workshop during the summer at Schloss Raabs in Austria. The Quintet recently recorded for the Stuttgart Radio, and together produced a CD including works by Turina, Dvořák, and an unpublished work by Eugene Ysaye. (The CD is available at the Eastman bookstore.) Blakeslee has also recorded for the radio in France, Germany, Holland, and Austria, as well as for the Lyrinx label.

Her teaching credits include the Mozarteum in Salzburg and its Summer Akademie, the Bruckner Konservatorium in Linz, Bowdoin Summer Music Festival (10 years), the Euro Music Academy Leipzig (Germany), the Casals Festival in Prades (France), the Sulzach-Rosenberg International Music Festival, and most recently, master classes at the Papageno School in Villarica, Chile.

Prof. Blakeslee joined the Eastman faculty in 1987, returning to the United States after 23 years abroad. She retired in the spring of 2013.