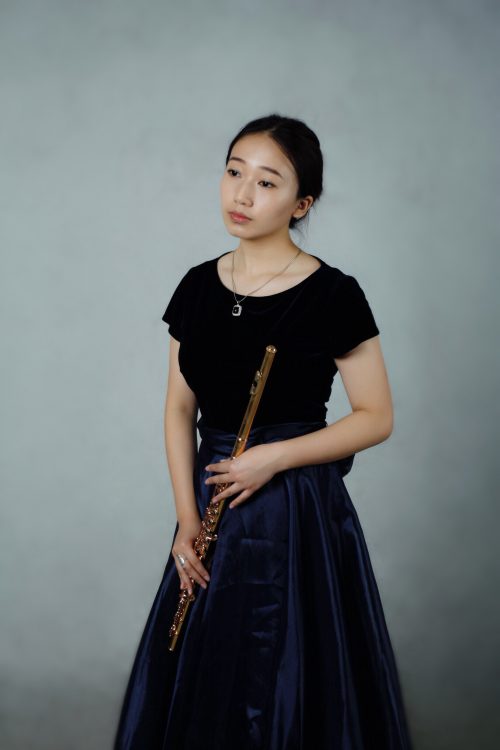 Yi Xiang, flutist and co-founder of the Pareidolia Trio which won the Fuchs Chamber Music Competition in 2015. Ms. Xiang has been an active participant and performer at the 2017 Round Top Music Festival. In February 2017, Ms. Xiang advanced to the final round of the Mika Hasler Young Artist Competition. Later in April, she received Honorable Mention in the Concerto Competition at Shepherd School of Music, Rice University. She was also finalist of 2014 & 2016 New York Flute Club Competition. In 2015, she has been selected to attend the Forum Artium Masterclass Series in Hannover, Germany, under the direction of Prof. Andrea Lieberknecht from Hochschule für Musik und Theater München. Ms. Xiang was also one of the five winners for the qualification of the 3rd Nicolet International Flute Competition held in China in 2014. After being awarded Bachelor degree (with merit scholarship) from Manhattan School of Music in 2016, Yi Xiang received full scholarship from Shepherd School of Music for Master degree. She is currently a student of Prof. Bonita Boyd, pursuing Doctoral degree with Graduate Award at Eastman School of Music.