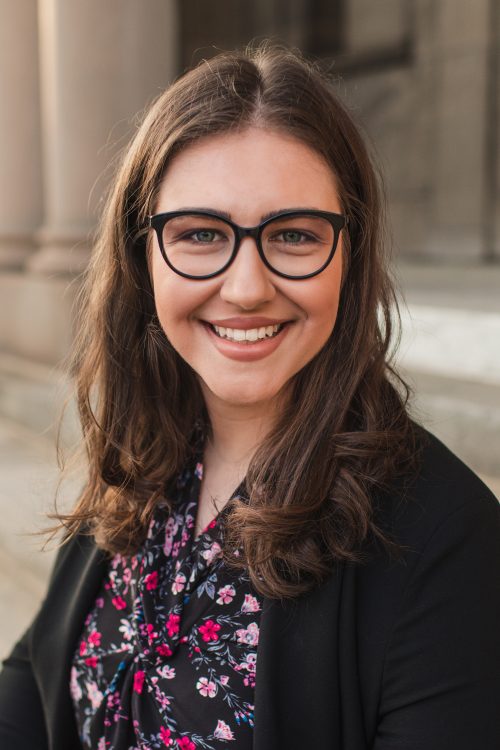 Stephanie Venturino has taught written theory and aural skills at the Eastman Community Music School (ECMS) since 2010. A native Rochesterian, she received pre-collegiate diplomas with honors in saxophone performance and music theory from the ECMS. Stephanie is currently a Ph.D. candidate in music theory at the Eastman School of Music, where she also received an M.A. in music theory, a B.M. in saxophone performance and music theory (highest distinction), and a Performer’s Certificate, an award given for outstanding jury and recital performance.

Stephanie’s research focuses on twentieth- and twenty-first-century French music, harmonic dualism, melodic arabesque, and online/hybrid aural skills and music theory instruction in K-12 and university contexts. Her dissertation—on the concept of resonance in French music and music theory from 1900 to 1960—is supported by the University of Rochester’s Raymond N. Ball Fellowship. She has presented numerous papers at regional and national conferences of the Society for Music Theory and the American Musicological Society. Her single- and co-authored essays are forthcoming in Debussy Studies 2 (Cambridge University Press), Arabesque without End: Across Music and the Arts, From Faust to Shahrazad (Routledge), and The Eastman Case Studies.

A dynamic and innovative teacher, Stephanie has received the University of Rochester’s Educational IT Innovation Grant, Eastman’s TA Prize for Excellence in Teaching, and the Eastman Community Music School’s Jack L. Frank Award for Excellence in Teaching. In addition to her school-year teaching at the ECMS, she teaches theory and aural skills for Summer@Eastman’s Eastman Experience: Summer Classical Studies program and the University of Rochester’s Early Connection Opportunity program.

Stephanie also has extensive ensemble, chamber, and solo experience as a classical saxophonist. She has frequently played with the Eastman Saxophone Project, the Eastman Wind Ensemble, Eastman Wind Orchestra, and Musica Nova; she has also garnered top prizes in numerous local, regional, and national solo and chamber music competitions. Stephanie made her solo debut at the age of 16 with the Penfield Symphony Orchestra, and she has played at prestigious venues such as the John F. Kennedy Center for the Performing Arts (Washington, D.C) and the National Centre for the Performing Arts (Beijing, China). Her primary teachers have included Douglas O’Connor and Chien-Kwan Lin.