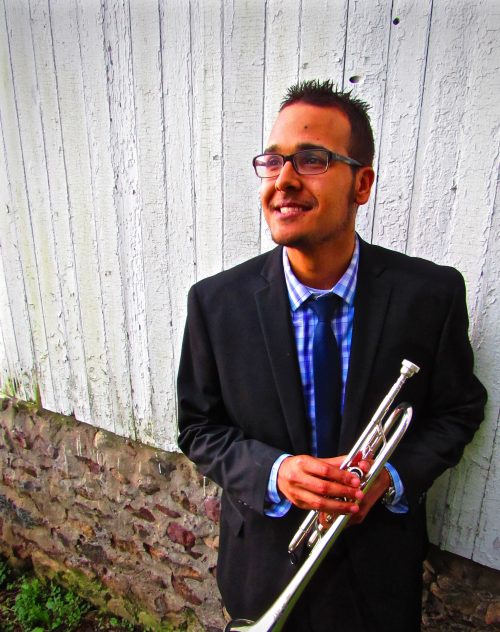 Mr. Corvington serves as Adjunct Lecturer of Trumpet at SUNY Geneseo, where he has also lead and conducted the Geneseo Wind Ensemble in concert as a guest artist in residence. A dedicated music educator, Mr. Corvington has guided hundreds of trumpet students privately. He has mentored as a private instructor, chamber music coach, marching band and music adviser, adjudicator, and guest clinician for schools throughout the states of Florida, Texas, Hawaii, and New York. Mr. Corvington taught at the Roberts Community Music School, and is now an Instructor of Trumpet at the Eastman Community Music School.

Mr. Corvington earned his Bachelor’s Degree in Music Education from Florida State University under the tutelage of Dr. Christopher Moore. He completed his Master’s Degree in Trumpet Performance from the prestigious Shepherd School of Music at Rice University in Houston, Texas under trumpet virtuoso Ms. Marie Speziale. Mr. Corvington served as a substitute and extra musician with the Houston Symphony Orchestra, has appeared with the Tallahassee Symphony Orchestra and Miami’s New World Symphony, and he was appointed Second Trumpet of the Des Moines Metro Opera Orchestra for their 2015 season.

Mr. Corvington enjoys spending free time with Ms. Maura McCune Corvington, his wife and the Second Horn of the Rochester Philharmonic Orchestra. He is honored to be a part of the wonderful and historic musical community in Rochester!