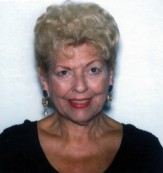 Patricia Alexander, Soprano and Senior Instructor in Voice at the Eastman Community Music School, is a graduate of the Eastman School Of Music and Indiana University of Pennsylvania.  She has also done post-graduate work at Carnegie Mellon; Indiana U. of Penna., and the Eastman School of Music. She has studied voice with several different teachers in Pittsburgh, New York City,and Rochester. New York. She has traveled the globe extensively with her daughter, Renee Fleming and has attended voice workshops in China, Europe, Africa, Russia, and the United States.       Patricia is a dedicated voice teacher and conductor, who has taught in the ECMS for the past 21 years, and has received Eastman School’s Jack Frank Award for Excellence in teaching.  She has chaired the Eastman Community Music School Voice Department for the past nine years.  She has been active in  NATS; MNTA; NYSSMA. and the RPO, and the Pittsburgh Civic Light Opera.  Patricia Alexander has performed leading roles with Pittsburgh Civic Light Opera; Carnegie Mellon Summer Series; Ridgway Players; Rochester Opera Theatre and the Eastman School of Music Opera Department.  She is the conductor and director of the Eastman Community Chamber Singers – a group of 25 select singers who perform throughout western New York.