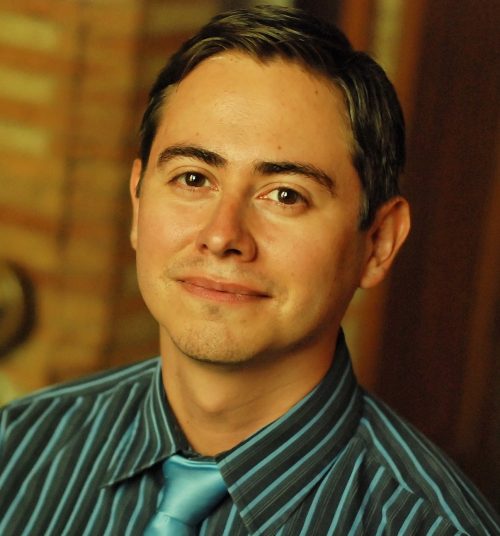 Pablo Willey-Bustos, tenor is a graduate of the Eastman School of Music, where he received both his Bachelor and Master Degrees in Vocal Performance. Highlights of concert appearances include: Handel’s Ode to St. Cecilia, conducted by Ton Koopman with the Orchestra of St. Luke’s at Carnegie Hall, the Evangelist in Bach’s St. Matthew Passion with the Voices Ensemble, as well as Handel’s Messiah with the Buffalo Philharmonic Chorus. Upcoming concert appearances include: Handel’s Messiah with the Fort Street Chorale as well as the Evangelist for Bach’s St. John’s Passion with the Voices Ensemble. Recent recital appearances include: Tippett’s The Heart’s Assurance and Faure’s Poème d’un jour as part of the New York State Summer School of the Arts, School of Choral Studies with pianist Greg Hankins as well as Schumann’s Dichterliebe, with pianist Beryl Garver at the Rochester Institute of Technology. Under the auspices of the Eastman School of Music, he was a featured guest soloist with pianist Beryl Garver, singing a program titled, “To Julia: Songs by and about women,” featuring works by Hensel, Strozzi and Quilter. Upcoming Recital Engagements include Schumann’s Liederkreis Op. 24 and Argento’s Six Elizabethan Songs, with Beryl Garver, as part of the Rochester Institute of Technology’s Faculty Spotlight Recital Series. Recent operatic engagements include: Alfred in Strauss’ Die Fledermaus, the Witch in Humperdinck’s Hansel and Gretel, Tamino in Mozart’s Die Zauberflote, and Colin in the East coast premiere of Nolan Gasser’s opera The Secret Garden with the Opera Theatre of Weston, VT. Under the auspices of the Boston based early music ensemble La Donna Musicale, Mr. Bustos has participated in two modern premieres of baroque operas. He performed the role of Scipione in Maria Teresa Agnesi’s La Sofonisba and the role of Il Padre in Camilla de Rossi’s Il Figliuol Prodigo, opposite Soprano Julianne Baird singing the role of La Madre. His discography includes: The Lutheran Masses and Advent Cantatas of J. S. Bach with the Publick Musick Baroque Orchestra and Chorus, as well as a guest appearance for 2 Italian Duets on Soprano Andrea Folan’s disc of Haydn Lieder all available on the Musica Omnia Label. In 2006, Mr. Bustos was a finalist in the Philadelphia Bach Festival’s International Bach Aria Competition and in 2013, he received third place in the Rochester Oratorio Society’s Vocal Competition. He currently lives in Rochester, NY, where he is the Organist/Director of Music Ministry for Reformation Lutheran Church, as well as Adjunct Voice Professor for the Liberal Arts College of the Rochester Institute of Technology.