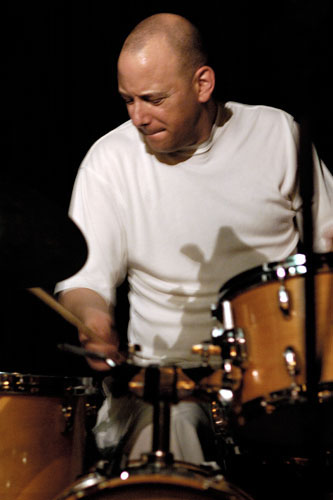 Drummer Mike Melito has been one of the most sought after jazz drummers and teachers in upstate NY for over 25 yrs. Mike studied with RPO percussionist John McNeill as well as Ray Mosca who is best known with his work with Ahmad Jamal and Oscar Peterson.

Mike has released five critically acclaimed CD’s of his own and is on over 25 recordings as a sideman. His recordings continue to get much airplay around the country. Mike’s recordings caught the ear of Downbeat Magazine and the magazine in turn did a feature article on him.   He is the house drummer of The Xerox Rochester International Jazz festival backing many artists in slots throughout the festival each year. He also can be seen playing in the Bob Sneider Trio for the late night jams in the festival each night. Mike has backed legends such as James Moody, Benny Golson, Barry Harris and Junior Mance. He has also worked with names such as Eric Alexander, Vincent Herring, Chris Potter, Gary Smulyan, Gerry Niewood, Danilo Perez, Gary Versace, Harry Allen, Peter Bernstein, Grant Stewart, Pat Labarbera, Rachel Z, David Hazeltine and many others.

Mike has taught many successful drummers over the past 25 years. Many have gone on to have successful music careers in performing and teaching.