Maurice Cohn is a graduate student in conducting at the Eastman School of Music in Rochester, NY. In Rochester he serves as assistant conductor of the Eastman School Symphony Orchestra, frequently conducts the OSSIA New Music Ensemble, and is the co-artistic director of the Arts@Ascension Music Festival. He also travels to work with the Knox-Galesburg Symphony and the Zafa Collective (a Chicago-based contemporary music ensemble) as a regular guest conductor. 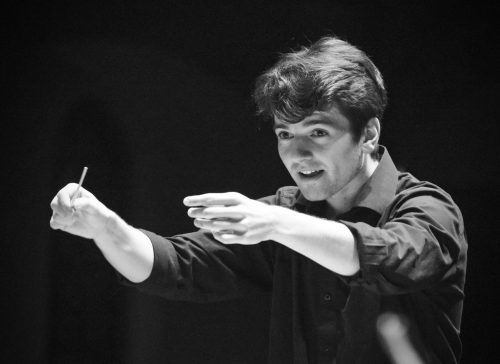 Prior to Eastman, Maurice completed his undergraduate degree in cello performance at Oberlin Conservatory. He is a recipient of the Pi Kappa Lambda Musicianship Prize, a Bonner Center Award for Education Outreach, and the Frederick B. Artz and Jerome Davis Awards for research on Arnold Schoenberg. In addition to his musical education, Maurice earned a B.A. from Oberlin College, where he studied history and mathematics.

In 2018 and 2019, Maurice served as assistant conductor for the National Music Festival in Chestertown, Maryland. Other recent engagements include a conducting collaboration with the Visual Studies Workshop in Rochester, the revival of Amy Trompetter and Alexander Bakshi’s staged oratorio Requiem for Anna Politkovskaya, and several performances during the 2019 Arts@Ascension Music Festival. Maurice was also a conducting fellow for the 2019 Aspen Music Festival.