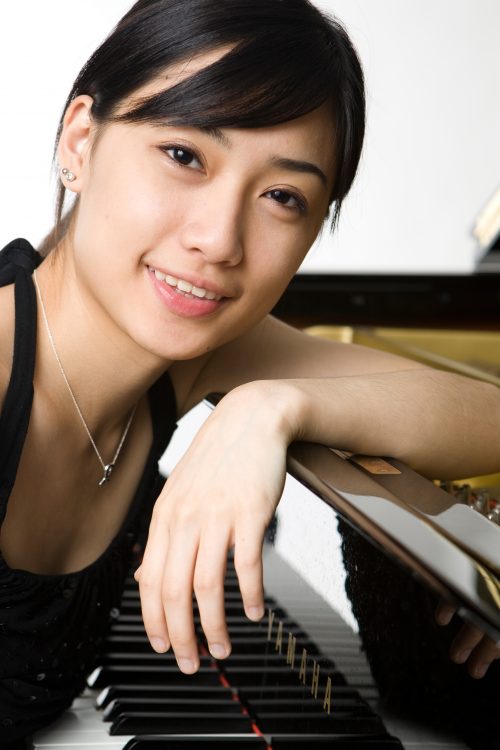 The First Prize winner and recipient of the Baroque Prize at the 2012 San Antonio International Piano Competition, Lo-An Lin, was born in Taipei, Taiwan. A pianist with “brilliance” and “thoughtfulness” (San Antonio Express), Lin has performed throughout the United States and abroad. She recently gave her debut recital at Carnegie, Weill Recital Hall as the recipient of Lowry Award at Eastman School of Music. Highlights of her solo performances include performances and recitals at the Seoul National Arts Center in Korea, National Recital Hall and Concert Hall in Taipei, Taiwan, the Steinway Hall in New York City, and the Kennedy Center in Washington D.C. Lin has appeared as a soloist with several orchestras, such as the San Antonio Symphony, the Eastman School Symphony Orchestra, the Queensland Orchestra in Australia, the Glenn Gould School Orchestra in Canada, the San Francisco Conservatory Orchestra, the Interlochen Arts Academy Orchestra, Eastern Music Festival Orchestra, and the Evergreen Symphony Orchestra in Taipei, Taiwan.

A passionate teacher, Lin is currently pursuing a minor in piano pedagogy for her doctoral degree at Eastman, where she has served as a teaching assistant for class piano program, as well as a studio assistant for Nelita True and Tony Caramia. Lin has taught at Eastman Community Music School for six years, and she also taught as a secondary piano lesson instructor at Yale School of Music for one year. Lin has been invited to give recitals and masterclasses at Lee University in Cleveland, Tennessee, Oakland University in Rochester, Michigan, Nazareth College in Rochester, New York, and San Francisco Conservatory. Her upcoming masterclasses and lectures this year include East Tennessee State University and University of Alabama in November 2018, and Denison University in the Spring 2019.