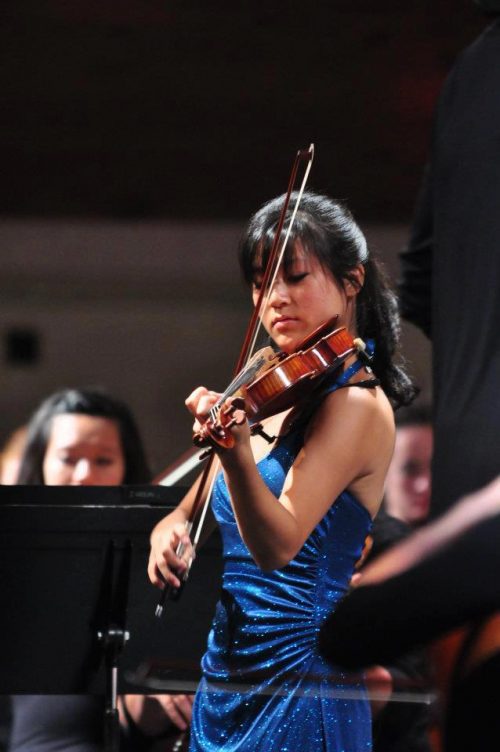 Born and raised in Seattle, Letitia Jap has an immense passion in spreading music around the nation through performing and pedagogy. Her passion has allowed her to have success in soloing with numerous orchestras, as well as working with hundreds of children and adolescents in Austin, Texas, and Boston, Massachusetts.

Ms. Jap has been the winner of numerous concerto competitions, which has presented her many opportunities to be featured soloist with orchestras around the United States. She has enjoyed soloing with the Seattle Symphony, Bellevue Philharmonic Orchestra, the University of Texas at Austin Symphony Orchestra, and Austin Civic Orchestra.  Such opportunities have given her the chance to meet and form friendships with audience members in various states. In recent years, Ms. Jap has given recitals and played at concerts at the Camp-of-the-Woods Resort and Conference in Speculator, New York. Aside from performing on stage, Ms. Jap loves to perform in intimate settings, such as Groupmuses (which are casual house parties), retirement and assisted living homes, and homeless shelters.

Ms. Jap is also an avid pedagogue. During her college years, she taught extensively at the University of Texas String Project Program. Ms. Jap taught both group and individual lessons, while holding a private studio. It was at the String Project Program where she discovered her love for teaching. While pursuing her Masters degree, she taught at the New England Conservatory Preparatory School, where she was involved with masterclasses and ensemble coachings. While being a coach for the Greater Boston Asian American Symphony Orchestra, she was also on staff for Youth and Family Enrichment Services Inc., teaching children from the Haitian community in Boston. It was teaching at these various programs in Boston that convinced Ms. Jap that music could bridge the gap between different socioeconomic and ethnic communities. She is currently a teaching assistant in violin at the Eastman School of Music.

Ms. Jap received her Bachelor of Music from the University of Texas at Austin, and her Master of Music from the New England Conservatory. She is currently pursing her Doctor of Musical Arts at the Eastman School of Music. Ms. Jap currently resides in Rochester, New York, and loves to watch movies, read, try new restaurants, and explore.