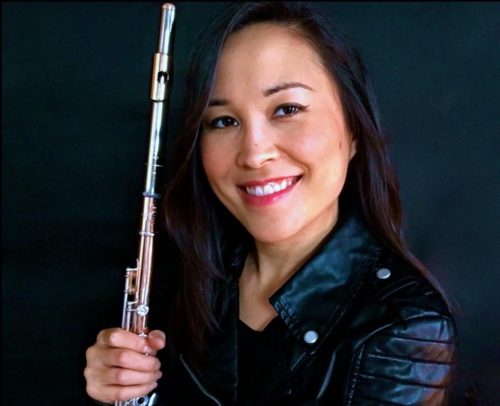 Kasumi Leonard, originally from Seattle, WA, is currently a freelance musician and flute teacher based out of Rochester, NY. During March through July of 2022, Kasumi performed as a principal flute substitute for the Buffalo Philharmonic Orchestra under the baton of JoAnn Falletta, and remains on the substitute list for the BPO. Recent engagements have included touring to New York City with the Buffalo Philharmonic as the piccoloist for the orchestra’s Lukas Foss Carnegie Hall concert, and participating in several Naxos recording projects. Kasumi has also performed as substitute piccolo with the Rochester Philharmonic Orchestra, performing the solo piccolo part on Tchaikovsky’s Symphony No. 4 in May of 2022. Kasumi is also a substitute for Symphoria in Syracuse, NY, the New World Symphony, and the Santa Fe Symphony.

Kasumi earned a Master of Music degree in 2022 at the Eastman School of Music with Bonita Boyd and studied piccolo with Anne Lindblom Harrow. Kasumi was the first place winner of the 2021 Eastman flute concerto competition, and performed Carl Nielsen’s Concerto for Flute and Orchestra with the Eastman School Symphony Orchestra in Kodak Hall in December of 2021. Kasumi completed her B.M. at Eastman as a student of Bonita Boyd in 2009, and earned a Professional Studies Diploma in 2020 at the San Francisco Conservatory of Music as a student of Timothy Day.

Kasumi remains an active flute teacher and is on faculty at the Rochester Institute of Technology, and teaches the orchestral excerpts flute class at the Eastman School of Music. An advocate of contemporary music, she served as director of public relations for OSSIA New Music at Eastman during their 2021-2022 season.