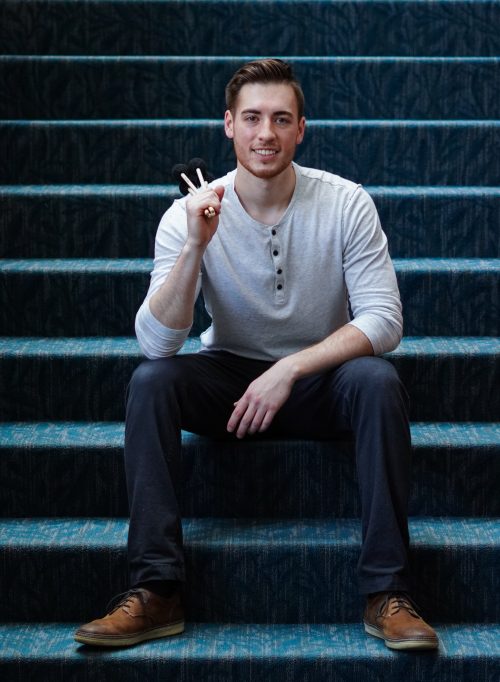 Justin Lamb is an active performer, educator, composer, and arranger from Greenville, South Carolina. In addition to his performances across the US as a solo and chamber musician, Justin can be heard performing on albums The John Psathas Percussion Project, Vol. 1 and Matthew Burtner: Six Ecoacoustic Quintet & Avian Telemetry, in which he extensively collaborated with his former teacher Dr. Omar Carmenates. Committed to contemporary performance and music leadership, Justin previously served as the President of OSSIA New Music, a contemporary ensemble which hosts concerts and events at Eastman and the greater Rochester community, while promoting the music of diverse and vibrant composers.

As an educator and guest clinician, Justin has taught at several schools in the South Carolina/Georgia region, including James F. Byrnes High School (Spartanburg), League Academy (Greenville), and Lakeside High School (Augusta). Additionally, Justin maintains a private teaching studio in Rochester, NY and is also on faculty at the Eastman Community Music School. Outside of his work as a concert artist, Justin has also performed with the World Champion Carolina Crown Drum & Bugle Corps and continues to remain active in the marching arts as an educator and percussion arranger.

When not performing or teaching, Justin works as a freelance audio engineer with his friend and videographer Christopher Amick, having recorded for the Eastman School of Music and Wildlight Publications.

Justin is currently a doctoral candidate at the Eastman School of Music. He previously received his Master’s Degree at the Eastman School along with the prestigious Performer’s Certificate and the Arts Leadership Certificate, and received his Bachelor’s Degree from Furman University. Justin is a proud endorser and performing artist of Malletech instruments and mallets.