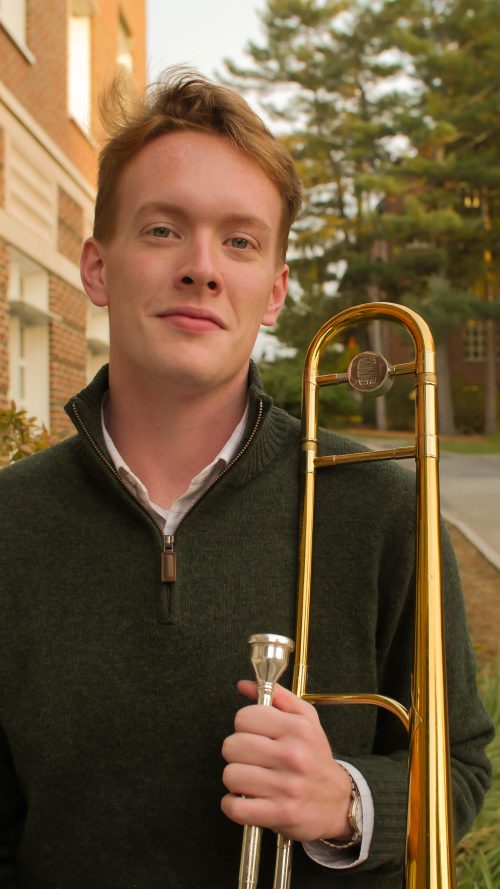 Josh Gagnon is a low brass performer, instructor, and a native resident of Seacoast Maine and New Hampshire. Encouraged by his musically supportive family, Josh began playing trombone at the age of nine. In the time since he began his musical studies, he has developed his classical technique extensively. Through advanced technical study and many years of private study on the instrument, Josh has been able to pursue playing in various groups at the University of New Hampshire, The Eastman School of music, and in professional settings.

In addition to his classical training, Josh has developed a passion for jazz while surrounded by the rich improvised music scene in New England.  His interests were given direction and focus by acclaimed teachers such as Chris Oberholtzer, Kendall Moore, Mark Shilansky, and Mike Annicchiarico. At the University of New Hampshire, Josh’s jazz studies were driven by performing ensembles such as UNH’s 3 o’Clock Jazz Band, and several jazz combos. Josh also maintains an active calendar of professional jazz and commercial performances throughout the northeastern United States.