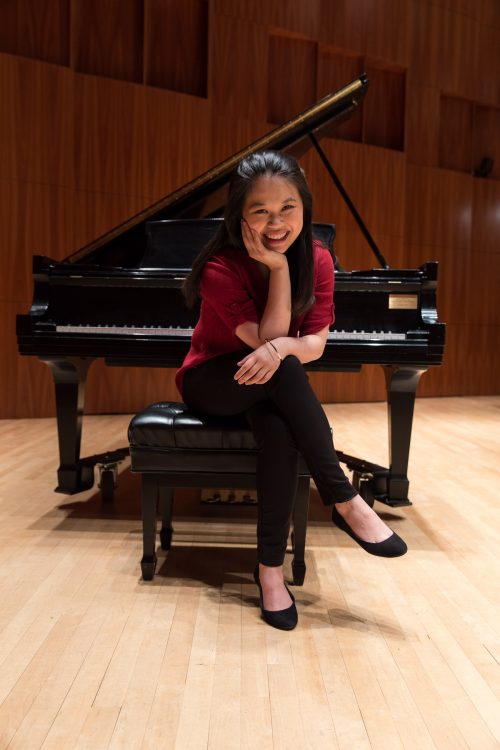 Jing Tian Ngiaw is a teacher devoted to the field of music education. Originally from Malaysia, She grew up in Shanghai, China before coming to the United States to pursue her undergraduate studies. Jing Tian is now a senior at the Eastman School of Music double majoring in General Music Education and Musical Arts. At Eastman, she is the vice president of the school’s National Association for Music Education (NAfME) Collegiate chapter, striving to promote music education within the school community.

Jing Tian is a proud teaching artist specializing in elementary general music at ROCMusic, a non-profit organization that provides tuition-free music education to Rochester urban youth. Jing Tian is also a substitute teacher at the Harley School and was the Creative Arts teacher for their summer nursery program. As the Director of Music at Summerville Presbyterian Church, she is the primary conductor and keyboardist for the congregation.

Beyond her teaching responsibilities, Jing Tian is an Arts Leadership Candidate at Eastman, expressing strong interests in Music Therapy and Education Administration. To cultivate her passions in academia, Jing Tian is currently working on several research projects with multiple focuses such as multicultural music education, teacher identity and preschool children’s musical schemas . She had the privilege to present at Rochester ABC Program this past year, holding several training workshops on informal music making in the early childhood classroom. In her spare time, Jing Tian enjoys cooking, holding car karaoke sessions, watching Grey’s Anatomy, and meditating.