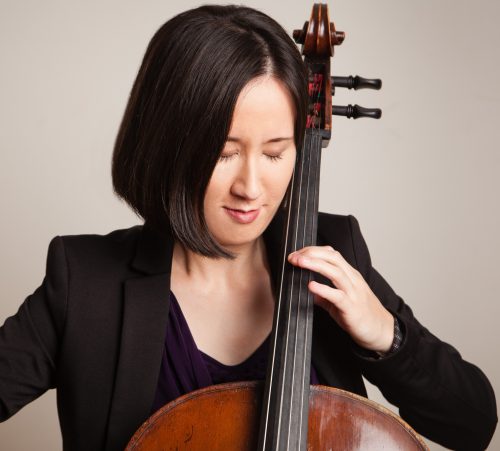 Jennifer Carpenter is an experienced performer in a diverse range of musical styles and ensembles. She is a tenured member of Rochester Philharmonic Orchestra, and her past orchestral experiences include performances in the Juilliard Orchestra, where she served as principal cellist, Aspen Music Festival and School, where she served as a fellow in the conducting academy orchestra, and Cayuga Chamber Orchestra. As a dedicated chamber musician, she has performed at festivals such as The Perlman Music Program Chamber Music Workshop, Kneisel Hall Chamber Music Festival, Bowdoin International Music Festival fellowship program, Orford Musique, and the Castleman Quartet Program. She has also performed chamber music on the WXXI Live from Hochstein radio broadcast concert series, Rochester Philharmonic Orchestra’s Living Room Series, and Brockport’s Winter Serenades. Additionally, she has given numerous chamber music and solo performances at The Juilliard School and Oberlin Conservatory, where she earned Master of Music and Bachelor of Music degrees, respectively. Her past teachers include Natasha Brofsky, Laurence Lesser, Phoebe Carrai, Darrett Adkins, Catharina Meints, Eric Kim, and Ellen Shertzer.

In addition to modern performance, Carpenter is an enthusiast of historical performance, and during her studies at The Juilliard School and Oberlin Conservatory she studied baroque cello and viola da gamba. Also an advocate of new music, she collaborates frequently with living composers, performs premieres, and has appeared with New Juilliard Ensemble, OSSIA New Music, and Oberlin Conservatory’s Contemporary Music Ensemble.

As an educator, over the years Carpenter has taught cello students of various ages and levels. She received training to be a Suzuki Method teacher at The School for Strings in New York. She has served as a Lecturer in Music at Nazareth College, and as a mentor and coach to students in the Juilliard Pre-College Orchestra, Rochester Philharmonic Youth Orchestra, Kneisel Hall Program for Maine Students, and Wyoming Seminary Performing Arts Institute. She currently coordinates chamber music ensembles at the University of Rochester and serves as a Graduate Teaching Assistant at the Eastman School of Music, where she is working towards a Doctor of Musical Arts degree and is a recipient of the Performer’s Certificate.