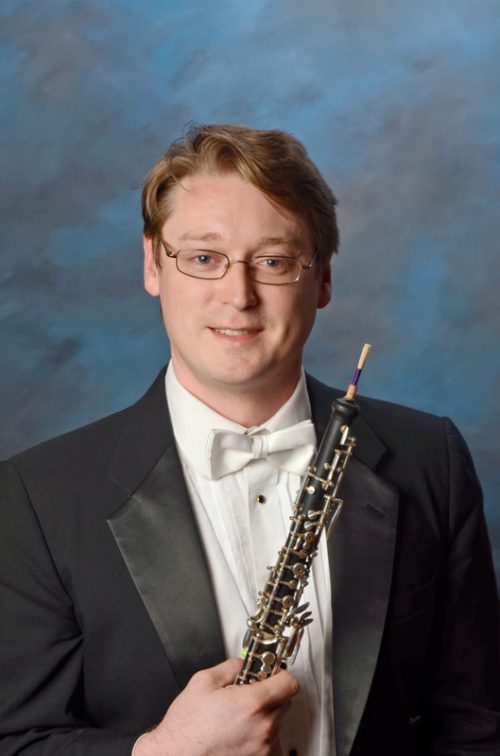 Geoff Sanford joined the the Rochester Philharmonic Orchestra as B-contract oboist in 2013.  Mr. Sanford is currently on the faculty of the Eastman Community Music School, after having served as Adjunct Lecturer in Oboe at Nazareth College from 2014 to 2018.  Prior to his work in Rochester, Mr. Sanford earned his Master of Music degree at Rice University’s Shepherd School of Music, and his Bachelor of Music degree from the Eastman School of Music.  Mr. Sanford has served as a substitute with the Louisiana and Erie Philharmonic Orchestras, as well as the Canton, Youngstown, Wheeling, and New World Symphonies.  Mr. Sanford performed at the Tanglewood Music Center from 2013 to 2015, and he has also attended the Music Academy of the West, the Sarasota Music Festival, and the Festival-Institute at Round Top, Texas.  Mr. Sanford grew up in Shaker Heights, Ohio, and his most influential teachers include Richard Killmer, Robert Atherholt, Danna Sundet, John Mack, and Elizabeth Camus.  In his spare time, he enjoys cooking and hiking.