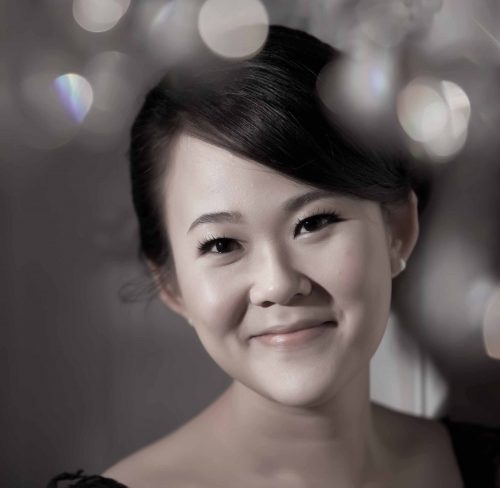 As a frequent performer and recitalist, Fang-Wei made her concerto debut at the age of fifteen with the Eastern Symphony Orchestra conducted by world renowned conductor, maestro Gerard Schwarz. In addition, Ms. Hsu has made appearances at the Weill and Zankel Halls at Carnegie Hall, Millennium Stage at Kennedy Center, and Kyoto Arts Center in Japan. In 2009, Fang-Wei was awarded with the Honorable Mention Award at the youngARTS program by the National Foundation for Advancement in the Arts and was also featured on the National Public Radio show From the Top, which showcases musicians from across the country. Ms. Hsu’s performance of Liszt’s Totentanz with the Eastern Music Festival Orchestra in 2009 was critically acclaimed. The Classical Voice North Carolina raved that Ms. Hsu’s playing “tossed the fiendish passages … like water off a duck’s back”, and that “she finessed her way through the piece with strong stamina …her energy never wavered through the course of the 15- minute workout”. Ms. Hsu has participated in many music festivals including the Eastern Music Festival, Piano Texas, and the Chautauqua Piano Institute where she has performed in masterclasses for Jon Nakamatsu, Yoheved Kapinsky, Ann Schein, Tamás Ungár, José Feghali, and Cecile Licad.

As an active educator and collaborator, Fang-Wei holds graduate assistantships as a collaborative pianist and as an instructor for undergraduate piano classes at Eastman. Her recent
teaching highlights include being nominated as a finalist for the Teaching Assistant Prize for Excellence of Teaching at Eastman. She was also the third place recipient in collaborative piano in the 35th Jessie Kneisel Lieder Competition in May 2019. Ms. Hsu is a graduate of Interlochen Arts Academy in Michigan, where she studied with Yoshikazu Nagai and Michael Coonrond. In her following years of studies, Fang-Wei received her Bachelor and Master of Music from the Eastman School of Music. Currently, she is a candidate for the degree of Doctor of Musical Arts in Piano Performance and Literature at Eastman under the tutelage of Natalya Antonova, where she is also pursuing two minor degrees in Accompanying and Music Theory.