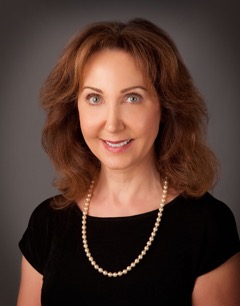 Diane Abrahamian is a graduate of the Eastman School of Music where she received her BM and MM in Music Education with a focus on Voice, Piano, and Choral Conducting. Diane is a five-time nominee for the GRAMMY Music Educator Award and has been selected as a Quarter-finalist as well as a Semi-finalist, and was recognized as one of the top 25 music educators in the United States. The Rochester Philharmonic Orchestra also recognized Diane’s teaching with the Outstanding Music Educator Award.

Diane is a Sr. Associate Voice Instructor and a specialist in Jazz and Contemporary music at the Eastman Community Music School.  Diane was an adjunct Professor in the Musical Theatre Department at Nazareth College from 2016-2018.  Diane was the Vocal Music Director at Penfield High School for thirty-five years where she conducted the PHS Chorale, Concert Choir, Jazz Choir, Jazz Factory and Uptown Express (men’s choir), taught four levels of Voice Classes and was the Music Director for the musical theatre productions. Diane was also the Vocal/Classroom Music Coordinator for the Penfield Central School District.

Diane’s choirs have been invited to perform at local, state, and national music conferences.  She is a guest conductor for all-state, area all-state and all-county choirs (traditional and jazz) and has presented workshops on vocal jazz, vocal technique, choral rehearsal techniques and sight-singing.  Diane has prepared Josh Groban’s back-up singers on several of his upstate and western New York tours.

Diane and her students have performed with some of the world’s leading jazz artists including Jon Hendricks, Regina Carter, Eddie Daniels, Darmon Meader, Tia Fuller, Sean Jones, Terell Stafford, Russell Malone, Kevin Mahogany, Jeff Tyzik, Jake Shimabukuro, Stefon Harris, Claudia Acuna, James Carter, Clark Terry, Randy Brecker, Tamir Hendelman, and Wycliffe Gordon. Many of Diane’s former students are performing professionally in the field of musical theatre, jazz, opera, and contemporary pop music.  One of Diane’s former students performed regularly with Bette Midler as one of Bette’s Harlettes (backup singers).  Many others have performed in shows on Broadway and in Broadway touring companies including Kinky Boots, Rent, The Color Purple, The Wedding Singer, Legally Blonde, Jekyll and Hyde, White Christmas, Xanadu, 42nd Street, Dogfight, Civil War, Ragtime, Grease, Company, How to Succeed In Business, The Wild Party, Flashdance The Musical, The Sound Of Music, Hairspray Live, Once On This Island, Fiddler On The Roof, Come From Away, For Colored Girls Who Have Considered Suicide/When The Rainbow Is Enuf, and Mean Girls