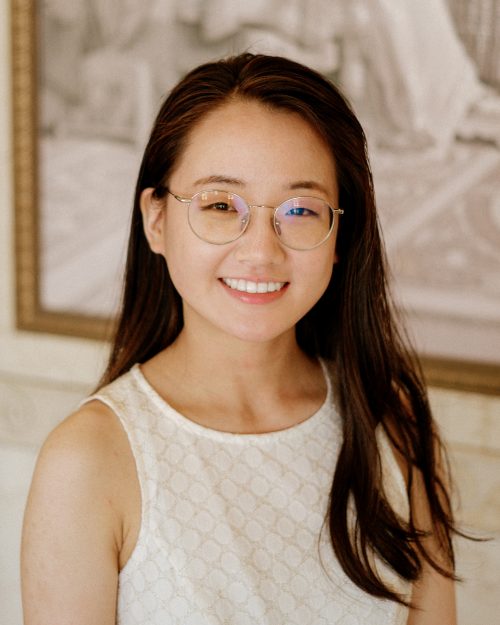 Chihiro Kakishima, violinist, is a young and gifted performer from Ann Arbor, Michigan. Currently residing in Rochester, New York, Chihiro is pursuing her Doctor of Musical Arts degree at the Eastman School of Music under the tutelage of Renée Jolles.

Musical highlights in Michigan include concerto appearances with the Ann Arbor Symphony Orchestra in Hill Auditorium and the Michigan Pops Orchestra. She frequently plays with a wide range of orchestras including the Lansing Symphony Orchestra, the Ann Arbor Symphony Orchestra, and the Chautauqua Music School Festival Orchestra, of whom she also served as concertmaster. As an avid chamber musician, Chihiro has been awarded the Peter Salaff Prize in Chamber Music and has been fortunate to collaborate with outstanding faculty such as Aaron Berofsky, Kathryn Votapek, Yizhak Schotten, Anthony Elliott, Amy I-Lin Cheng, Renée Jolles, Janet Ying, Philip Ying, and David Ying.

Chihiro previously earned her Master’s degree at Eastman School of Music and Bachelor’s degree from the University of Michigan with a double major in violin performance and biomolecular science, as well as a minor in international studies. Her past teachers of note include Aaron Berofsky and Kathryn Votapek. As an enthusiastic teacher, Chihiro teaches in various settings including her private studio, group classes, and chamber coachings with students of all ages. Currently, she also serves as a teaching assistant to Professor Jolles at the Eastman School of Music.