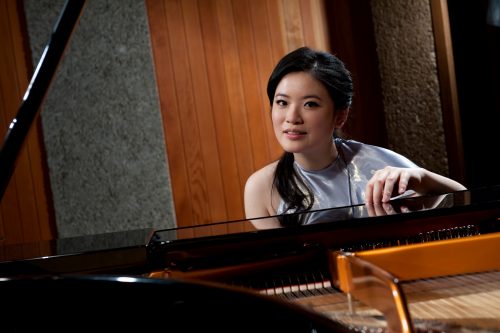 Taiwanese pianist Chiao-Wen Cheng has performed as soloist, recitalist, and chamber musician throughout the United States and Asia. Her solo engagements include the Fort Worth Symphony, Greece Symphony, and Taiwan Shin-Min Orchestra. Cheng has won numerous piano competitions and awards, including First Prizes at the Schubert Club Competition (2012); the Piano Texas International Academy and Festival Concerto Competition (2010); the Excellence in Accompanying Award at the Eastman School of Music (2010); and the Clara Ascherfeld Award in Excellence in Accompanying at Peabody Institute (2009).