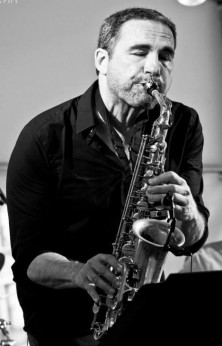 Bill Tiberio has been an instrumental music teacher for 32 years, 28 of them at Fairport High School. At FHS he conducts the FHS Concert Band, Sophomore Band, two jazz ensembles, jazz combos, pit orchestra for musicals, and chamber woodwind ensembles. He also teaches woodwind lessons in the district in grades 5 through 12. His work at ECMS includes summer study with the High School Wind Ensemble, the “Maiden Voyage” Basic Improvisation camp and the Middle School Jazz camp.  During the school year he directs the Music Educators Jazz Ensemble. In the summer of 2013, he founded the ECMS-sponsored Music Educators Wind Ensemble, which meets in the summer and during the school year.

Bill was appointed in the Fall of 2004 to conduct the University of Rochester Wind Symphony and in the Fall of 2008 to direct the UR Jazz Ensemble. In 2009, he began teaching one of the Ithaca College Jazz Lab Bands, and is now on the faculty of the jazz department at IC. His current assignment includes two jazz lab bands.

Bill is a frequent guest conductor for honor concert bands and jazz ensembles throughout New York State and has also conducted at SUNY Fredonia and Lawrence University, Wisconsin. He has served as a clinician for the Eastman School of Music JazzFest and is an All-State woodwind adjudicator and band pageant clinician. His Concert Band at FHS has received seven consecutive Gold With Distinction awards in NYSSMA Level 6.

In the Spring of 2013, Bill was selected as one of 200 quarterfinalists out of 30,000 applicants in the first ever national Grammy Music Educator Awards.

Other awards and honors include selection as the RPO Music Educator Award in April, 2003, induction into the Fairport High School Alumni Wall of Fame in 2003, the Class of 2001 Fairport High School yearbook dedication, selection as Fairport High School Commencement Speaker, 1993; University of Rochester Excellence in Secondary Teaching Award, 1994; Downbeat Magazine awards for student jazz ensembles, 1995 and 1997; Fairport High School faculty-nominated Teacher of the Year award, 1996, and a nomination for a Disney American Teaching Award, 1999. Bill is active as a professional woodwind player in the Rochester area. As a saxophonist, Bill performs with the Bill Tiberio Band, (www.billtiberioband.com), and the Bill Welch Band, (www.billwelchband.com) and his groups have each recorded professional CD’s. His own band’s latest CD, “Thanksgiving,” was released in July, 2014.