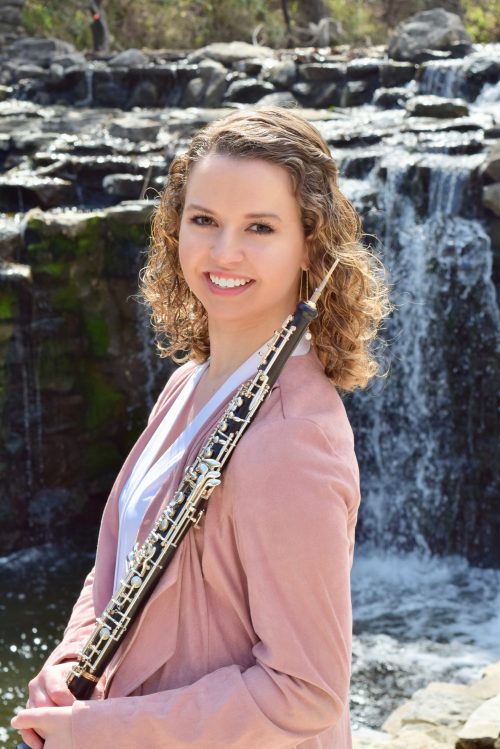 Abigail Hawthorne is pursuing a Masters degree in oboe performance at the Eastman School of Music. She graduated from Southern Methodist University in May of 2018 with a Bachelor of Music in Oboe Performance and a Bachelor of Arts in Psychology. Her primary teachers include Richard Killmer, Erin Hannigan, David Matthews, and Megan Blauvelt Heuer. Abby also studies Baroque oboe with Geoffrey Burgess at the Eastman School of Music.

At Eastman, Abby performs with the Eastman Philharmonia, the Eastman Wind Ensemble and the Eastman Opera Theatre. An avid pursuer of chamber music performance opportunities, she also plays with the Eastman Harmonie wind octet, the Southerly Winds woodwind quintet, and serves as vice president of the new music student-run ensemble OSSIA.