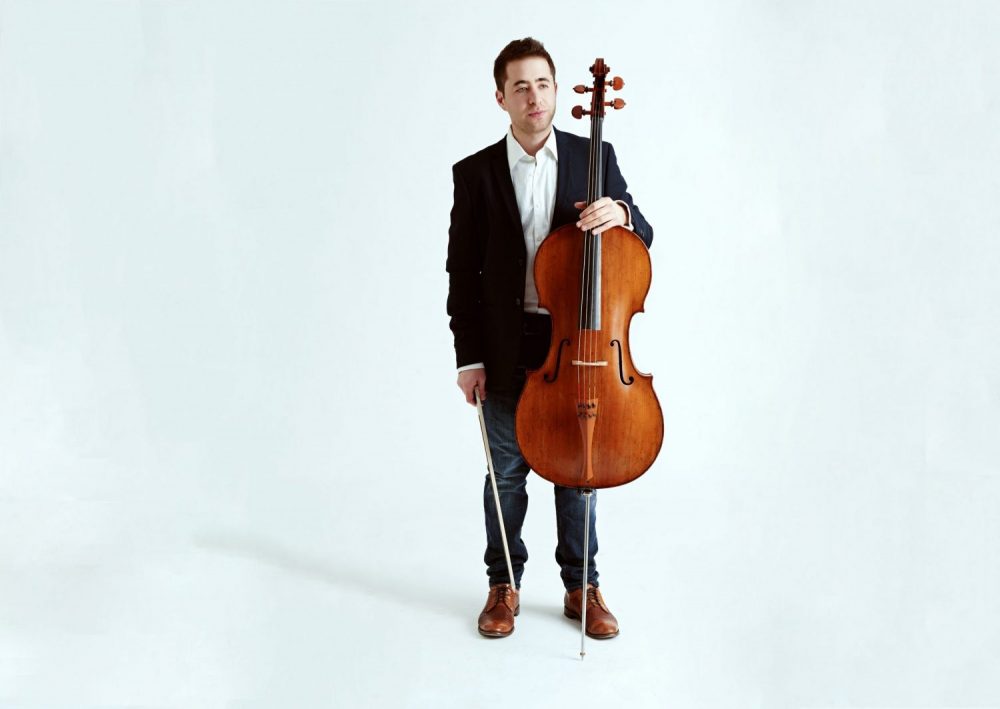 Matthew Zalkind, a Salt Lake City native, is an accomplished cellist that we are proud to be hosting for a masterclass for ECMS cellists! His biography states,

“Praised for his “impressive refinement, eloquent phrasing, and singing tone” by The New York Times, Cellist Matthew Zalkind performs regularly as a recitalist, soloist and chamber musician. As a soloist, Mr. Zalkind has performed concerti with such organizations as the Utah Symphony, the Moscow Chamber Players, the Albany Symphony, the Juilliard Symphony Orchestra, and many orchestras here and abroad. Mr. Zalkind performed the concerti with many celebrated conductors, including Ludovic Morlot, Thierry Fischer, Giancarlo Guerrero, and David Alan Miller.

A frequent recitalist, he has given solo recitals at the Kennedy Center, Phillips Collection, Tongyeong Arts Center in Korea, Dame Myra Hess series in Chicago, Moscow Conservatory, Juilliard School, and Beijing Concert Hall. Mr. Zalkind is a regular at numerous chamber music festivals, including Marlboro and “Musicians from Marlboro” tours. As a two-year member of the Harlem String Quartet, Mr. Zalkind toured to Japan, England, Ethiopia, and every region of the United States with jazz legends Chick Corea, Gary Burton, and Stanley Clarke. He garnered top prizes in the Washington International Competition, Isang Yun International Competition, Beijing International Competition, and the Juilliard School Concerto Competition. Mr. Zalkind is an Assistant Professor at the University of Denver’s Lamont School of Music, and has diplomas from Juilliard and the University of Michigan as a student of Richard Aaron and Timothy Eddy. He plays on a rare Italian cello made by Florentine maker Luigi Piatellini c. 1760, and a bow by John Dodd c. 1800.”

This masterclass will be free, and open to the public. We hope to see you there!