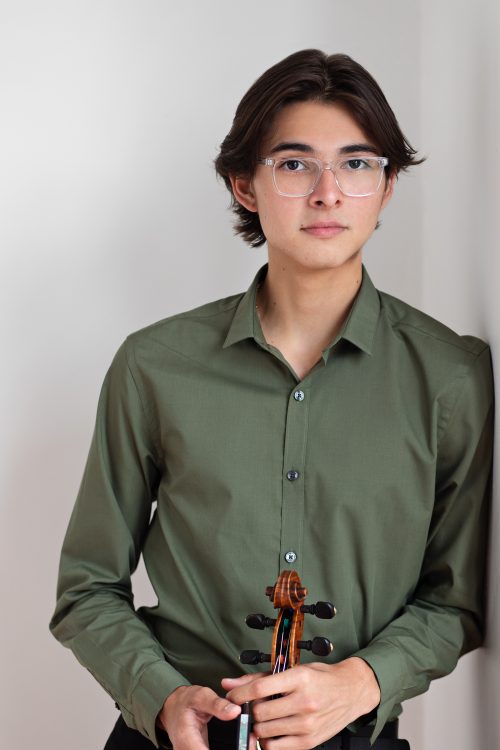 Violinist Andrés Carrero is a passionate performer and educator from Austin, Texas, and Chicago, Illinois. He is currently at the Eastman School of Music completing a master’s degree under the instruction of Yoojin Jang.

As a recent graduate from the Oberlin Conservatory, Andrés had many opportunities to enhance his work in music education and find a way to contribute to its growth in all communities. His projects have led to concerts and teaching engagements in Latin America including as a faculty member at the string summer festival in Panama City, Panama. He worked with notable mentors at Oberlin such as Peter Slowik, Kirsten Docter, Louise Zeitlin, Marylin McDonald, Mari Sato, David Bowlin, and his former primary teacher, Sibbi Bernhardsson.

Andrés’s interests include performing contemporary music and expanding his repertoire of traditional and classical Latinx music. His goal is to reach larger audiences with his projects in hopes of contributing to the universal knowledge of lesser-known composers and music.